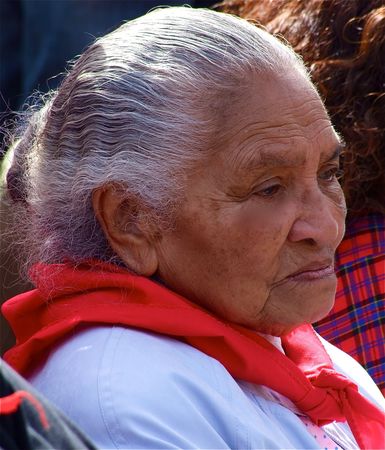 The Society for Threatened Peoples (STP) demands that the controversial transmigration program in Indonesia must be stopped immediately, as it leads to more human rights violations and violence in the multi-ethnic state. The human rights organization sent an urgent appeal to the Indonesian President Joko Widodo, asking him to stick to his plans of discontinuing the resettlements – despite the critical voices in his government. "This large-scale project is a gigantic land grab due to which the indigenous inhabitants of eastern Indonesia are becoming a minority on their homeland. This leads to ongoing ethnic tensions," said Ulrich Delius, the STP’s Asia-consultant, in Göttingen on Wednesday. In the course of the transmigration program, at least 8.8 million people were resettled from the densely populated areas in the west of Indonesia to West Papua, the Moluccas and other islands during the past 50 years.

Within the Indonesian government, there is now a full-blown argument going on about whether the program is to be continued. While President Widodo announced to want to discontinue the program and thus instructed the governor in Papua not to carry out any further resettlements, Marwan Jafar, the minister for transmigration contradicted him, calling the project a success. Thus, according to the minister, Merauke in West Papua has become a successful agricultural region after 275,000 poor and landless people from the west of Indonesia had settled there. However, the governor of the province of Papua, Lukas Enembe, and representatives of the indigenous population of West Papua emphasize that there are already more immigrants than natives living in Papua today – and that the indigenous population is disadvantaged.
According to official figures, the Papua – most of whom are Christians – now only account for 49 percent of the approximately 2.8 million residents of West Papua, as a consequence of the transmigration program. In many towns and villages, it is the immigrants from western Indonesia who control the economy. Their influx has not only caused the indigenous Papuan population to be marginalized. Also, vast stretches of their land were taken, and large parts of the rainforest were cleared for huge agricultural projects. "The transmigration program has led to an over-exploitation of the natural resources and the people. There are more and more tensions between the immigrants and the long-established population. This is a bad thing for a multiethnic state like Indonesia," criticized Delius. "If the program were to be discontinued, this would be an important step towards lasting peace in the striving for more self-determination in West Papua."