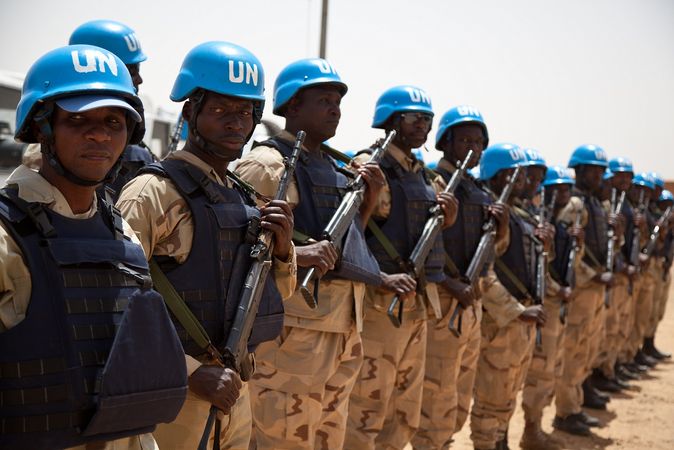 The human rights activist Ulrich Delius emphasized that the number of blue helmets in Darfur should not be reduced, or else refugees and the village communities will be exposed to even greater dangers. Photo: MINUSMA via Flickr

On Monday – on the occasion of the International Day for the Elimination of Sexual Violence in Conflict (June 19) – the Society for Threatened Peoples (STP) demanded the international community to show more effort to protect women and girls in armed conflicts. “All the beautiful words and resolutions of the United Nations won’t help if the victims of sexual violence aren’t actually protected and if the perpetrators remain unpunished, as in Darfur in the West of Sudan, in Iraq, or in the Philippines, for example”, explained Ulrich Delius, the STP’s Director, in Göttingen.

The human rights activist emphasized that the number of blue helmets in Darfur should not be reduced, or else refugees and the village communities will be exposed to even greater dangers. On June 27, 2017, the World Security Council will most probably decide to reduce the number of UN soldiers in Darfur by 30 percent – and the African Union is even planning to withdraw 44 percent of its military personnel from UNAMID, the joint peace mission with the UN. Organizations of the more than two million Darfur refugees and lawyers from western Sudan have criticized the plans because the civilian population will not be safe, as women and girls are frequently abducted by militiamen. There are many cases of rape.

Delius also mentioned the tragic fate of the more than 1,800 Yazidi women in Iraq who were abducted by the terrorist organization “Islamic State” and are abused as sex slaves. “The abducted women are victims of genocide, and they must not be forgotten. There must be more efforts to set them free – as soon as possible,” the STP’s Director demanded.
“There should have been more criticism from the international community in May 2017, when Duterte, the President of the Philippines, incited the soldiers and militiamen to commit sexual violence against the civilian population,” Delius said. “The indigenous Lumad have repeatedly become victims of militiamen and soldiers.”

The STP also criticized the position the German federal government. “If one is serious about condemning sexual violence in conflicts, one should not invite the commander-in-chief of Burma’s army to Germany a few weeks after the UN accused his soldiers of committing mass rape against the Rohingya people in Rakhine state.” General Aung Hlaing had visited Germany in April 2017.