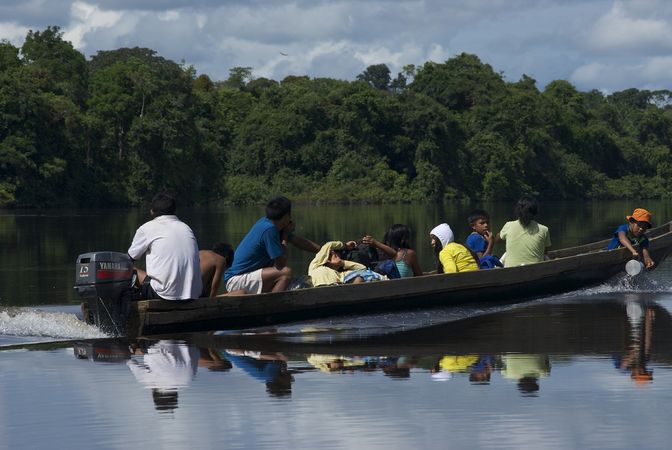 Many indigenous communities are still suffering from land grabbing, expulsion or forced resettlement, environmental destruction – and, thus, the destruction of their livelihoods – and from targeted attacks to break their resistance against industrial or agricultural projects on their territories. Photo: Mauricio Romero Mendoza via Flickr

On the occasion of the International Day of the World’s Indigenous Peoples (August 9), the Society for Threatened Peoples (STP) makes a critical assessment: by now, many countries have recognized the rights of indigenous peoples, which were defined in the UN declaration UNDRIP 10 years ago. Some of the 149 signatory states have even incorporated parts of the declaration into their constitutions. At the same time, however, the human rights organization warned that the situation of the around 6,000 indigenous communities all over the world – with more than 450 million members – should not be whitewashed. “The rights of the indigenous communities often only exist on paper, and the respective paragraphs in the constitutions are often only declarations of intent – not enforceable guidelines. Therefore, many indigenous communities are still suffering from land grabbing, expulsion or forced resettlement, environmental destruction – and, thus, the destruction of their livelihoods – and from targeted attacks to break their resistance against industrial or agricultural projects on their territories,” criticized the STP.

“We are calling on the international community to initiate a binding international treaty on the protection of indigenous peoples’ rights,” the human rights organization stated. A treaty like this could, for example, help the approximately 700,000 Afar in Eritrea to ask the United Nations for help concerning state arbitrariness, as they are suffering from the destruction of their sensitive ecosystems. The state decided to forcibly resettle 1.5 million people from the overpopulated highlands to the Afar lowlands, without informing the original inhabitants or even asking them for approval – although, according to UNDRIP, this would be necessary. Now, the Danakil desert, which is hostile to life, is spreading even further, and drought periods are killing cattle herds and destroying the crops. The indigenous inhabitants of Nigeria are confronted with a catastrophic environmental disaster as well. There, oil production has led to poisoned soil, water, and air. The government cuts the profit from the oil export, but the native inhabitants, the people who are living in the oil production area, go empty.

In Asian countries such as in Malaysia, the needs and territorial claims of indigenous peoples are hardly taken into consideration – and neither in Latin American countries, where most of the indigenous peoples live. In Venezuela, it was possible to define borders for the traditional areas of some indigenous communities. If there are valuable natural resources, however, this doesn’t help to stop intruders or ambitious large-scale projects, which are mostly planned and executed without consulting those who are affected.

The STP has listed these and other examples in a background paper, including more detailed information about the UN Declaration on the Rights of Indigenous Peoples and a call for a UN Convention to protect the indigenous communities.