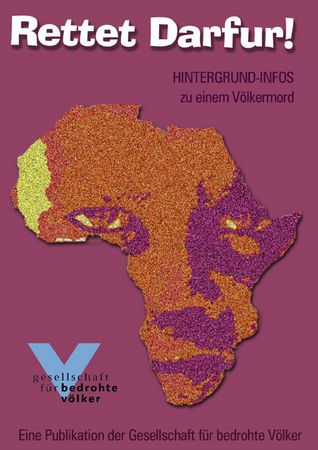 This Monday, July 18, some 150 personages of all nationalities and religious denominations in Iraq will be meeting together in this northern Iraqi city under the aegis of the Chaldean-Catholic Bishop of Kirkuk, Dr. Luis Sako. They are planning to discuss how to ease the tensions between the ethnic groups and promote peaceful coexistence. The conference is being organized by the Kurdistan/Iraq section of the Society for Threatened Peoples. Among those expected to attend are representatives of the Kurds, Arabs, Turkmens, Assyrian-Aramaean-Chaldeans, Yazidi, Shabak, Mandaeans, Christians and Muslims, including representatives of the Iraqi central government in Baghdad.

In Kirkuk and the oil-rich province of the same name, the relationship between the ethnic groups is tense because hundreds of thousands Kurds, as well as Turkmens and Christian Assyrian-Aramaean-Chaldeans, were driven from the region under Saddam Hussein and Arabs from southern and central Iraq were resettled in their place. Today it still has not been decided whether the region should belong to the autonomous state of Iraqi Kurdistan or should be governed by Baghdad. According to the constitution, the approximately 755,000 residents of the province should vote on this issue in a referendum.

Most of the displaced have since returned to Kirkuk and will take part in the decision about the future of the province. They are hoping to join Iraqi Kurdistan. The Arab population, who have been living there for decades, are now in the minority once again. They feel more attached to Baghdad. The Iraqi central government has avoided the Kirkuk conflict up to now, although according to Article 140 of the constitution they must eliminate all traces of the "practiced policies of repression" of the dictator and take appropriate measures toward restitution.

Since 2003 the Iraqi state of Kurdistan in northern Iraq, recognized by Baghdad, has exercised a significant measure of self administration, with its own provincial government, parliament, prime minister and even president. But Christians, Mandaeans and Yazidi continue to be persecuted and displaced in the Arab regions of Iraq. Kurdistan, which is marked by an atmosphere of national and religious tolerance, has already accepted tens of thousands of these refugees. Assyrian-Aramaean-Chaldeans, Armenians and Turkmens are represented in the regional parliament here with specified quotas. These nationalities each have their own school system in their own language, as well as their own newspapers and radio and television stations. In Arbil, the Kurdish capital, an STP section was established in 2006. The section's advisory board includes representatives from all ethnic groups.