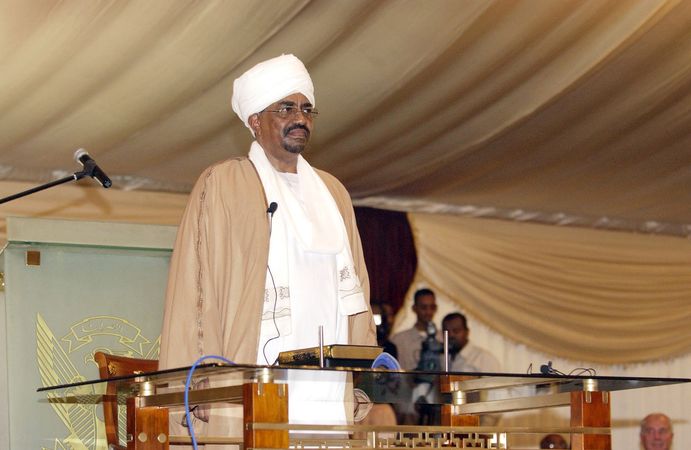 The STP strongly criticized that fact that the conference was also attended by Sudan’s President Omar Hassan al Bashir, who is under an international arrest warrant for committing genocide crimes. Photo: Evan Schneider via UN Photo

On the occasion of the summit of the Islamic states in Istanbul on Wednesday, the Society for Threatened Peoples (STP) accuses the Organization of Islamic Cooperation (OIC) of being politically biased and of ignoring several human rights violations – also against Muslims. The STP strongly criticized that fact that the conference was also attended by Sudan’s President Omar Hassan al Bashir, who is under an international arrest warrant for committing genocide crimes. The Islamic states want to discuss their position in the Jerusalem dispute.

“The OIC has a credibility problem. As much as we welcome the OIC’s commitment regarding the Rohingya refugees from Burma, we have to criticize the fact that the massive human rights problems in Yemen, Saudi Arabia, Egypt, Turkey, Pakistan, and other Islamic states are being ignored,” stated Ulrich Delius, the STP’s director, in Göttingen on Tuesday. “If the OIC – with its often justified demands – wants more international attention, it can no longer remain silent about the serious human rights violations in its member states. The several hundred thousand victims of Bashir’s crimes in western Sudan were all Muslims. How can the OIC, in the name of the human rights of the inhabitants of Jerusalem, ignore their fate and pay court those who are responsible? The serious human rights violations will not end until all states join the struggle against impunity give the issue priority.”

In the course of the Rohingya crisis in Burma/Myanmar during the last few months, the OIC was one of the driving forces in persuading the United Nations to condemn the forced displacement of the minority. At the Jerusalem crisis summit, however, the OIC also tolerates Sudan’s President al Bashir, who is under an international arrest warrant by the International Criminal Court (ICC) for committing genocide crimes in Muslim Darfur.

Today, Bashir will be traveling to Istanbul, following an invitation by Turkish President Erdogan to attend the OIC special meeting. Turkey has repeatedly supported the regime of President Bashir, who has been ruling Sudan with an iron hand for 28 years, despite the fact that was internationally condemned.