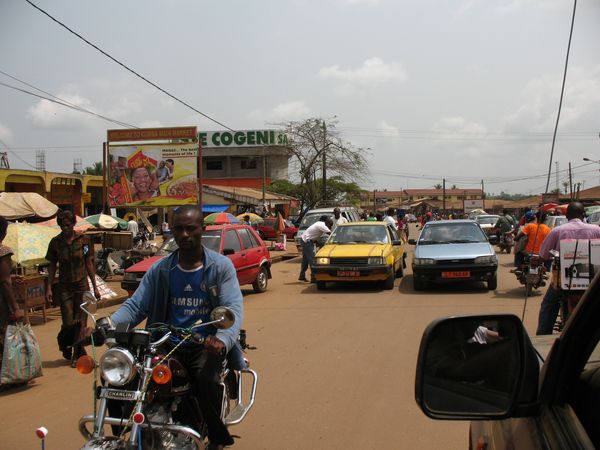 The STP urged the international community to go to more effort to find a peaceful solution to the civil war in the Anglophone regions of Cameroon. Picture: James Emery via Flickr CC BY 2.0.

Following an attack on a hospital and the subsequent violent deaths of four patients, the Society for Threatened Peoples (STP) calls on the conflicting parties in the civil war in Cameroon to respect international humanitarian law and to spare the civilian population. The human rights organization also demands an independent investigation into the fatal attack on the hospital, emphasizing that those who are responsible for the violence must be punished. The patients had burned to death after the Kumba hospital was set on fire by armed attackers on Sunday night. Now, government soldiers and independence fighters in the Anglophone part of Cameroon are accusing each other of being responsible for the incident.

"Brutal raids on hospitals and schools have catastrophic consequences for the lives of the civilian population," warned Ulrich Delius, the STP's director, in Göttingen on Wednesday. "Doctors, nurses, and teachers are trying to escape from the violence, abandoning the hospitals and schools." About 460,000 people are on the run from the violence. Around 437,000 people have found shelter in the francophone regions, and tens of thousands managed to reach neighboring Nigeria.

The STP urged the international community to go to more effort to find a peaceful solution to the civil war in the Anglophone regions of Cameroon. On Tuesday, eleven people were injured when an army-escorted car convoy of Governor Bernard Okalia Bilai was attacked by gunmen in the southwest of the country. A journalist was hurt in the attack. At least six people fell victim to violence in February 2019. Two people got killed in Bamenda, and four people in Buea. One of them was beheaded. There are ongoing attack against schools.

Armed militias have been fighting for an independent English-speaking state in the Anglophone regions in the south and the northwest of the country since November 2016. The authorities responded with massive repression, most recently (in February 2019) with a wave of arbitrary arrests of young people.