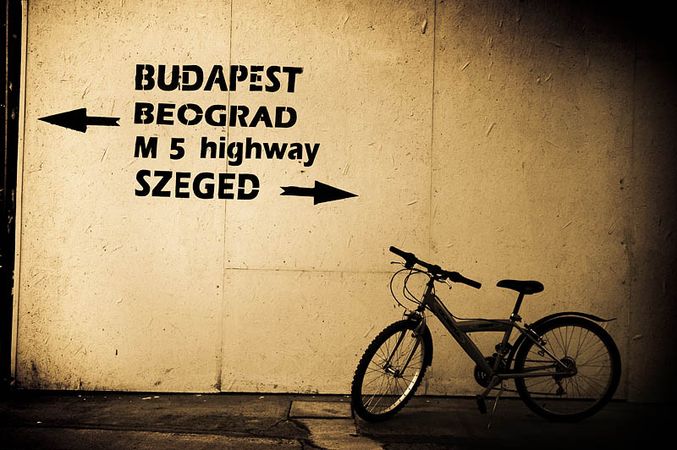 At the border between Hungary and Serbia. Photo: © Flavijus via Flickr

In the last years the situation of Roma, Ashkali and Balkan Egyptians in Kosovo – and in particular the situation of members of these communities who have been forcibly returned from Western Europe – has been the topic of several publications. The STP report sheds light on a neglected feature of their situation: that both the return policies of Western Europe and the reintegration policy of Kosovo force thousands of Roma, Ashkali and Balkan Egyptians from Kosovo into an ongoing circle of migration. They literally have no place to stay in Europe.

Tens of thousands of Roma, Ashkali and Balkan Egyptians who were forced to leave Kosovo prior, during or in the aftermath of the conflict in 1998/1999 found temporary refuge in Western Europe. Those people who lost their temporary protection status and were forced to return to Kosovo either never arrived in Kosovo or left Kosovo again within a short period after their repatriation. The people who never returned to Kosovo are either moving to other Western European countries where they try to make a living or have opted to go underground in their current host country. The German government estimates that 75% of the persons who received a deportation order go into hiding before their actual repatriation. Those people who have been repatriated usually decide to leave Kosovo again by either moving into one of the slums in Serbia or making their way back to Western Europe.

The Kosovo government must be aware that its own citizens – Roma, Ashkali and Balkan Egyptians – are leaving because of its failed integration policy. However, the Kosovo authorities are aware that Western Europe will not seriously criticise them for their failed integration policy towards Roma, Ashkali and Balkan Egyptians. The intention of the Kosovo government is primarily to fulfil – on paper – the requirements needed for visa liberalisation and access to the European Union. And the European Union seems to be satisfied if these requests are met on paper. Further, the Kosovo government has declared on several occasions in the past that the return of all expelled Roma, Ashkali and Balkan Egyptians in a short period of time would exceed the capacities of the country.

The Society For Threatened Peoples therefore urges the European Union, the respective governments in Western Europe and the government of Kosovo to stop forcing Roma, Ashkali and Balkan Egyptians into a circle of permanent migration and a life of illegality and uncertainty.