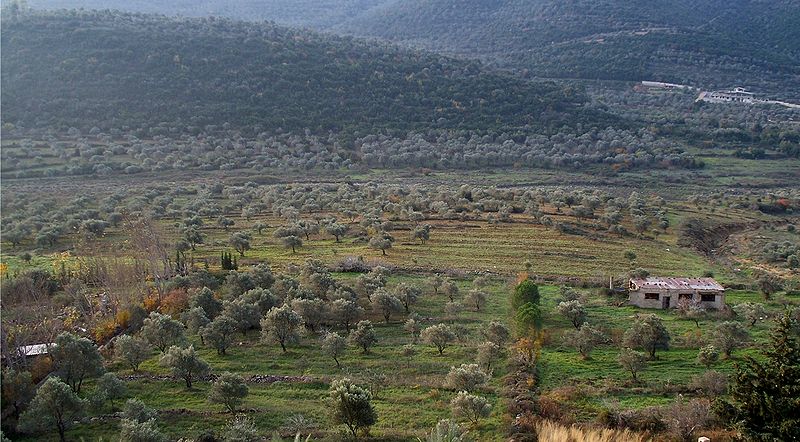 Between 2011 and 2017, the Turkish army killed a total number of 30 civilians from Afrin, and at least 35 were injured. About 15,000 olive trees were destroyed, and grain fields were set on fire in the summer months. Photo: High Contrast via Wikimedia Commons

On Monday, Kurdish politicians from the canton of Afrin in the north-west of Syria contacted the Society for Threatened Peoples (STP) in Göttingen, asking for help. They fear that the Turkish army and Syrian radical Islamists will be starting a major offensive against their region, which has been almost completely cut off from the outside world for years. Many civil war refugees have sought protection there. During the last few days, Turkey has been setting up heavy military equipment along the border to Afrin. The area, which is many inhabited by Kurdish people, has been under attack by the Turkish army and by radical Islamists from Syria – who are supported by Turkey – for years.

The Alevi-Kurdish President of the canton, Hevi Mustafa, asked the STP to inform the German and the European public about the “unjustified barbaric war Recep Tayyip Erdogan is leading against the civilian population in Northern Syria” – and the leader of the liberal opposition party “Kurdish Democratic Unity Party in Syria” (Al Wahda), Muhiddin Sheikhali, appealed to the German and the  European public to protest against the “despising policy of the Turkish president” and to prevent an imminent war against the peaceful region of Afrin. “Please don’t let the people of Afrin down,” the Kurd – who had been a friend of the STP for years – wrote from the embattled region.

“An attack against Afrin will lead to the expulsion of hundreds of thousands of Kurds and tens of thousands of Arab refugees who have been living there for years,” warned Kamal Sido, the STP’s Middle East Consultant. There are almost one million people living in the region, half of whom are refugees – mainly from Aleppo, which is 55 kilometers away. The city of Afrin, which had up to 80,000 inhabitants before the Civil War, is located on the eponymous river, 25 kilometers to the south of the Syrian-Turkish border. The Afrin region consists of 366 villages and seven smaller towns.

Most of the Kurds in the Afrin region are Sunni Muslims. However, there is also a Kurdish-Alawi village with about 5,000 inhabitants – and there are several thousand Yazidis, most of them living in villages close to the canton’s external border. Turkey has been blocking access to the Kurdish territory for years, obstructing humanitarian aid to the vulnerable civilian population. Between 2011 and 2017, the Turkish army killed a total number of 30 civilians from Afrin, and at least 35 were injured. About 15,000 olive trees were destroyed, and grain fields were set on fire in the summer months.