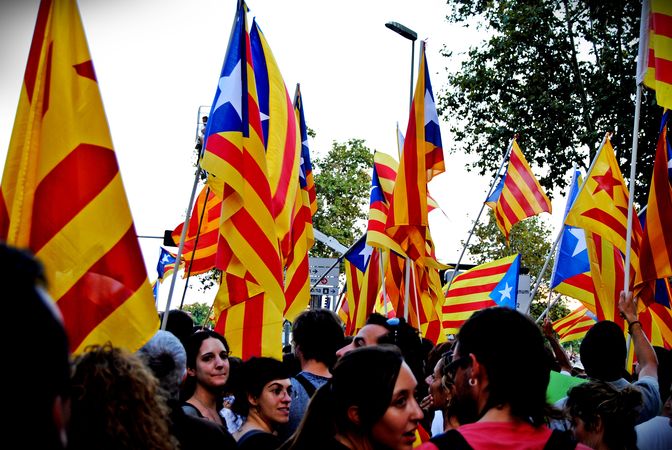 Catalonia expects far-reaching developments this autumn: today, the Supreme Court of Spain imposed long prison sentences on leading Catalan politicians. "The verdict is a scandal," stated Jan Diedrichsen, Chairman of the Society for Threatened Peoples (STP). "Spain will have political prisoners." The Catalan people are becoming more and more angry and desperate. It is to be hoped that the expected protests against the harsh verdicts will remain peaceful. "Even if one disapproves of the goals and actions of the Catalan politicians – the verdict is unacceptable in its severity. The development concerns the people's fundamental right to freedom of expression, their right to engage politically, and to question the current status quo," Diedrichsen stated.

The recent occurrences are to be seen in the light of the referendum on the independence of Catalonia, which had been proclaimed by the regional government in Barcelona on October 1, 2017. The Spanish Constitutional Court had declared the vote unlawful. Despite the sometimes brutal interventions of the Spanish security forces, millions of Catalans went to the polls and most of them voted in favor of the independence movement. "The Catalans have always expressed their desire for self-determination and independence in a peaceful manner. None of the convicts has ever called for violence. Now, the situation in Catalonia is really tense. It is to be hoped that the protests will continue to be peaceful," Diedrichsen emphasized.

As there was no violence, it was not possible to sentence the politicians for rebellion, as had been suggested by the prosecutor. Nevertheless, the 13 years imprisonment are overly harsh. Some of the convicts have already spent two years in custody. Most of them belonged to the free and democratically elected Catalan regional government. In late October 2017, they were deposed and arrested by the central government in Madrid.

"Currently, hundreds of thousands of Europeans are taking to the streets to draw attention to their claims to self-determination – not only in Catalonia, but also in Scotland. You don't have to be a supporter of these independence movements to realize that Europe must finally agree on how to deal with these regional movements," Diedrichsen emphasized. "The Catalonia question can only be solved politically. Due to the ruling of the Supreme Court, however, it will probably not be possible to find a political solution in the near future."