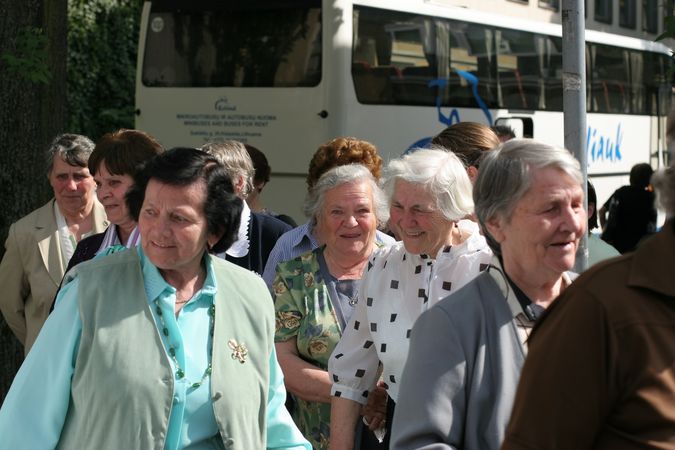 The "Wolfskinder" suffered a terrible fate. After the Red Army conquered Königsberg in 1945 they had to survive on their own. Today, the “Wolfskinder” are at a great age, and there are only a few of them left. Photo: Katja Wolff/GfbV

We would also like to ask you to forward this message to your feuilleton editors.

Some of the last living witnesses will be speaking at the Leipzig Book Fair – organized by the Society for Threatened Peoples (STP). The human rights organization has invited several “Wolfskinder” from Lithuania and Germany to talk about what happened to them. The STP’s event is a rare opportunity to gather first-hand information about the terrible fate of the children from East Prussia who – after the Red Army conquered Königsberg in 1945 – had to survive on their own, and who found a new home in Lithuania. Many of the children had lost their parents in East Prussia – through murder, rape, and abduction – and tens of thousands had starved or died of diseases.

Today, the “Wolfskinder” are at a great age, and there are only a few of them left. Their Lithuanian families had given them new names, and many of them more or less forgot about where they came from for a long time. It was not until the 1990s that they started to raise awareness for their unheard-of suffering.

The STP demands official reparations for the “Wolfskinder” and is looking for donors who would like to provide financial support for these elderly people in Lithuania during their last years of their life. At the Leipzig Book Fair, the STP will present a report about the fate of these children – and about how politicians have so far refused to provide financial support which, anyhow, could only have been a symbolic gesture. The report also contains the STP’s latest appeal to the Federal Government to finally pay reparations to the “Wolfskinder”.

Hereby, we would like to invite you to the event.

Tilman Zülch, founder of the Society for Threatened Peoples (Göttingen)

We would also be glad to arrange interviews with the “Wolfskinder” or to send you our report – and we would be delighted to welcome you at our event.