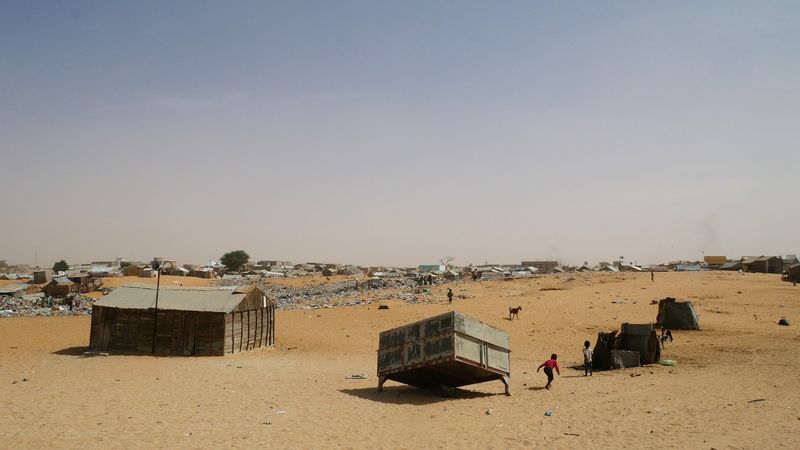 According to the Society for Threatened Peoples (STP) the long prison sentences against two slaveholders in Mauritania are to be seen as an important step in the struggle against slavery.

According to the Society for Threatened Peoples (STP) the long prison sentences against two slaveholders in Mauritania are to be seen as an important step in the struggle against slavery. “Finally, slavery is no longer treated as a trivial offense, but as a crime against humanity. This is an important breakthrough in the global struggle against slavery,” stated Ulrich Delius, the STP’s director, in Göttingen on Good Friday. On Wednesday, a court in city of Nouadhibou in the north of the country had sentenced the two slaveholders to 10 and 20 years in prison, and to considerable fines. So far, only a few slaveholders have been convicted in Mauritania – and most of them got off with fairly lenient sentences.

However, the human rights organization also warned against too much optimism in the struggle against slavery in the Northwest African country. “Slavery critics are still facing harassment, and slavery is tabooed in public,” warned Delius. Thus, the French journalist Seif Kousmate had been arrested when he wanted to leave Mauritania on March 20, 2018. He had visited the country for three weeks to do research for a report about slavery. He was kept detained for more than four days and was interrogated by police officers. All his photos were deleted from his cameras and memory cards. Finally, after international protests, he was set free – five days after his arrest. “The scandalous arrest of the journalist shows that slavery is still tabooed by the Mauritanian authorities. With regard to such critical issues, there is press freedom in the country,” Delius emphasized.

The landmark ruling that was passed two days ago had been based on cases of slavery reported by human rights activists in 2011. In one case, an entire family had been enslaved. The 29-year-old son of the now-dead slaveholder was sentenced to 20 years in prison. In the second case, a woman (now 60 years old) was accused of keeping three girls as slaves. She was arrested in the courtroom and will have to serve 10 years in prison.