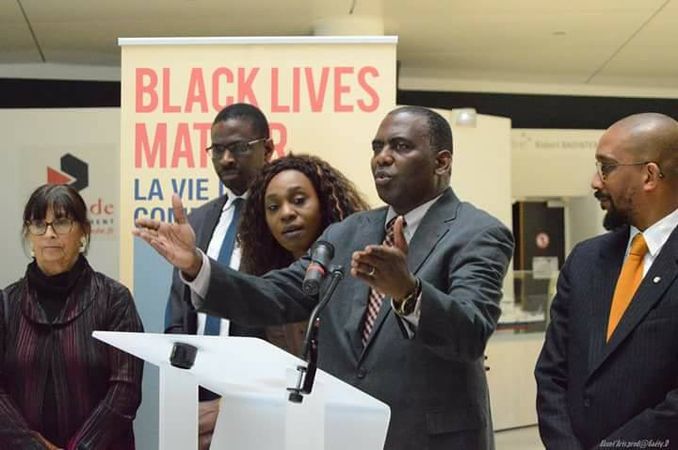 TheSociety for Threatened Peoples (STP) demands the release of Biram Dah Abeid, a parliamentarian and slavery critic who is currently imprisoned in Mauritania. Picture: Jefunky via Wikimedia CC BY-SA 4.0

The Society for Threatened Peoples (STP) demands the release of Biram Dah Abeid, a parliamentarian and slavery critic who is currently imprisoned in Mauritania. The human rights activist – who has been awarded the Weimar Human Rights Award as well as the highest United Nations Prize in the Field of Human Right – has now been imprisoned for almost five months. "Biram's sentence is disproportionate and arbitrary – clearly an attempt to silence and politically isolate an uncomfortable slavery critic," stated Ulrich Delius, the STP's director, in Göttingen on Thursday.

The human rights activist had been arrested on August 7, 2018, after a journalist raised accusations that Biram had threatened him. The STP emphasized that, although the accusations are serious, they cannot justify months of imprisonment for an elected member of parliament. Biram Dah Abeid denies the allegations. The STP criticized that Mauritania's law enforcement agencies and the judiciary are not to be seen as politically independent, and that the case has become a judicial farce. For example, the Mauritanian courts had repeatedly passed on the politically sensitive case, so as not to upset President Mohamed Ould Abdel Aziz. There have been reports that the state leadership had repeatedly intervened in order to prolong the incarceration of the uncomfortable politician and human rights activist.

In Mauritania, Biram Dah Abeid is considered to be one of the most prominent enemies of President Aziz, who is hoping to be re-elected for a third term in office in April 2019, despite massive protests. For years, Biram Dah Abeid has been publicly criticizing the abuse of power and the continued existence of slavery, despite legal bans. The charismatic human rights activist managed to win a parliamentary mandate in the in September 2018 – but, due to being detained, he wasn't able to take the mandate, which is why he wasn't considered for any important function in parliament. In recent weeks, more and more leading opposition politicians have appealed to the government to finally release the slavery critic.

It is Biram Dah Abeid's main cause to abolish slavery. Although serfdom was officially banned in Mauritania in 1981, it continues to exist in rural areas. In December 2018, there had been reports about new cases of slavery in remote regions on the border with neighboring Mali.