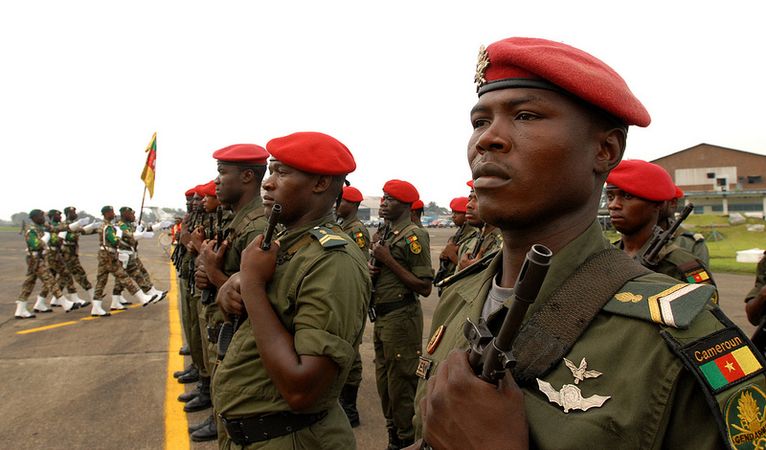 Since last Monday, at least 53 people got killed in clashes between soldiers and supporters of the Anglophone independence movement. Photo: US Army Africa via Flickr CC BY 2.0

Following a renewed escalation in the civil war in Cameroon, the Society for Threatened Peoples (STP) accuses France, Great Britain, and Germany of failing to prevent further conflicts in the African state. "The former colonial powers, who are still very influential in Cameroon, are watching idly as the country sinks into chaos and violence – although they claim to give special priority to conflict prevention. Cameroon's protective power France appears to be unable to urge the country's government to search for a political solution to the escalating dispute over the future of the Anglophone regions," said Ulrich Delius, the STP’s director, in Göttingen on Thursday. Since last Monday, at least 53 people got killed in clashes between soldiers and supporters of the Anglophone independence movement.

The human rights organization criticized that Cameroonian President Paul Biya is still not prepared to enter a credible political dialogue to resolve the escalating crisis – not even after he was re-elected in October 2018. Instead of trying to build trust with those who are fighting for independent Anglophone regions, Biya's government is fueling military conflicts by attacking the separatists. On Monday, at least 26 people got killed in clashes between the army and independence fighters near the city of Nkambe. On Tuesday, another 27 people got killed in clashes between regular soldiers and activists of independence movements near the town of Ndu.

"This week, the violence in Cameroon was at an all-time high. Looking away and ignoring the conflict will only lead to even more violence. The conflict can not be solved by military means," Delius warned.

At least 400 civilians and 175 members of the security forces have lost their lives since the outbreak of the fighting in 2016. According to the United Nations, 437,000 people were forced to flee to other parts of the country or to neighboring countries.