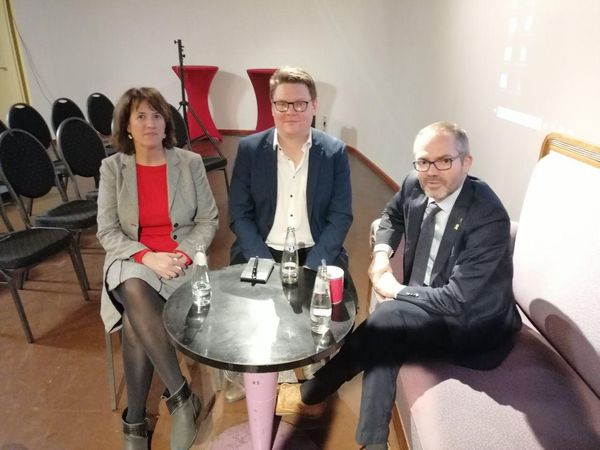 The Society for Threatened Peoples (STP) calls on German politicians to show more commitment to solve the Catalonia crisis. "After the Brexit, the future of the EU will depend on the way minorities are treated. The future status of Scotland and Northern Ireland is unclear, and the Catalonia crisis is one of the EU's most pressing issues – which is why it has to be discussed on all levels, including that of the German Bundestag," stated Jan Diedrichsen, the STP's federal chairman.

Following a two-day visit to Berlin at the end of last week, part of a high-ranking Catalan delegation had left early, surprised and disappointed, as they weren't able to talk to any members of the German Bundestag except for representatives of the party "Die Linke".

The Vice-President of the Catalan Parliament (Parliament de Catalunya), Josep Costa, and the chairman of the largest non-governmental organization Assemblea Nacional Catalana (ANC), Elisenda Paluzie, had traveled to the capital to initiate a dialogue with German parliamentarians on how to proceed in the Catalonia crisis. According to the Catalan guests, the situation in their region is extremely tense, and the people are frustrated.

The most critical event in the dispute between Barcelona and Madrid so far was that ten Catalans were sentenced to prison for "rebellion" in October 2019 – with draconian prison terms of 9-13 years, while the only thing they had done was to plan and carry out a referendum on Catalan independence on October 1, 2017.

"No matter whether the referendum was a smart move or justifiable under international law, whether one is in favor of Catalonia's independence or not… these draconian sentences are a scandal," Diedrichsen criticized. It is completely unclear what will happen to Scotland or Northern Ireland after a future Brexit. Many European regions are striving for more minority rights, autonomy, or even independence, and this will not change if the delicate political issues behind this are simply ignored.