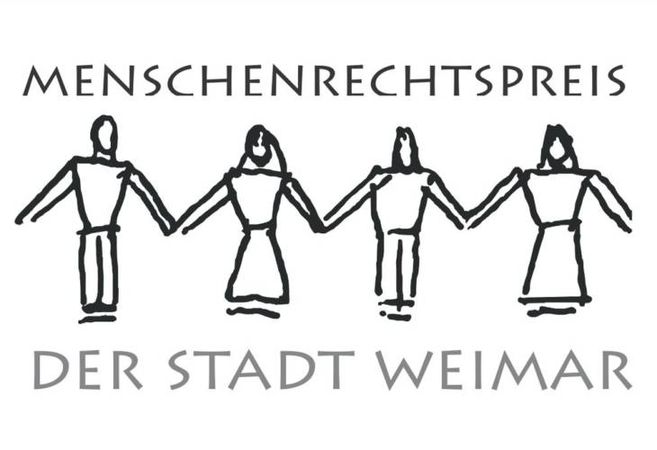 The Society for Threatened Peoples (STP) welcomes the fact that the Sudanese activist Ihsan Fagiri will be honored with the Weimar Human Rights Prize 2019. "Mrs. Fagiri has been an important part of the peaceful resistance against dictator Bashir for years," stated Ulrich Delius, the STP's Director. "Not least thanks to her unwavering commitment, he is now in prison." The Human Rights Prize is awarded every year on December 10. The STP had nominated Ishan Fagiri for the prize.

The 65-year-old doctor and lecturer has been campaigning for women's rights for many years now, as it is especially the women who suffered from the measures of Islamization of the Sudanese society since the 1990s. She is committed to fight the arbitrariness of the morality police forces, who, for instance, arrest women for violating the strict Islamic clothing regulations or other rules of Sharia law. For example, women are flogged for wearing trousers ("obscene clothing"). More than 40,000 women are affected every year. Fagiri tries to draw attention to these attacks with press conferences, vigils, and other forms of public protest. She and her supporters are often detained and interrogated. She was last held in detention in January and February of 2019.

In 2009, she founded the human rights organization "No to Women's Oppression" in order to promote and enforce human rights for women by organizing human rights actions and press conferences on the occasion of the International Women's Day on March 8 – which is why the members often end up  in a prison cell at the end of this day. The organization thus provides legal assistance for arrested women and for the victims of the morality police, and women's rights activists are present at court proceedings against women, in order to document possible violations of the criminal procedural law. In addition, they inform women about their rights in seminars.

During the genocide in Darfur (2003-2019), she tried to help women who were raped by militiamen. The topic is tabooed in the country, and the perpetrators regularly go unpunished. In November 2014, Fagiri organized a vigil with women from Darfur in Sudan's capital Khartoum, as well as a press conference against the use of rape as a weapon of war in the civil war region. She criticized the systematic attacks on women in western Sudan as crimes against humanity, calling on the international community to punish those who are responsible for the crimes.

Her main opponent from back then is also her most dangerous enemy today: the leader of the infamous RSF militia, General Hemeti, whose militiamen are responsible for the crimes against tens of thousands of women in Darfur. He is now Deputy Chairman of the Sovereign Council, the transitional government of Sudan. In the coming months, the influential militia leader and Army General could be very dangerous for the human rights activist, as it would be in his interest to silence the insistent advocate for women's rights in Darfur.