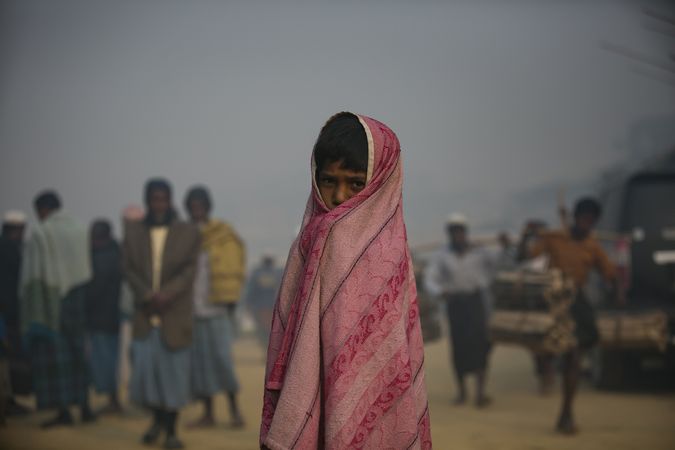 Around 108,000 refugees are in acute danger of life and limb, as they live on mountain slopes or in valleys that are often flooded. Photo: UN Women Asia and the Pacific via Flickr

Considering the soon-to-start monsoon rains, the Society for Threatened Peoples (STP) demands better shelters and more humanitarian aid for the Rohingya refugees in Bangladesh. “The Rohingya are quite obviously facing a catastrophe. The monsoon rains will lead to floods in many of the camps. Around 108,000 refugees are in acute danger of life and limb, as they live on mountain slopes or in valleys that are often flooded. Many of the people might die if they aren’t offered shelter in safe locations soon,” warned Ulrich Delius, the STP’s director, in Göttingen on Tuesday. Around 688,000 Rohingya fled from Burma (Myanmar) to Bangladesh since the end of August 2017, trying to find shelter from violent attacks by soldiers and Allied militias. Another 200,000 Rohingya refugees were already living there – mostly in catastrophic humanitarian conditions.

“We are very worried about the many refugees who arrived there recently. Their huts were often built without considering possible thunderstorms or the monsoon season,” explained Delius. The dwellings of 85,000 refugees are located in deep valleys of the Chittagong massif, which are flooded during almost every monsoon season. Around 23,000 huts were built on steep mountain slopes where there are frequent mudslides.

“The Rohingya must be provided safe accommodations – and quickly, as it would be unrealistic to expect that the refugees will be able to return to their home country soon,” said Delius. Also, it is extremely difficult to provide the Rohingya refugees with humanitarian aid, sanitary and medical care, since only a few access roads can be used during the rainy season. If these roads are flooded or blocked, this would have catastrophic consequences for hundreds of thousands of refugees. It is not possible to provide enough supplies by air, simply because there are so many people in need.

“Every problem in the camps might easily turn into a full-blown humanitarian catastrophe, as there are so many people living in poor shelters, and on so little space,” warned Delius. “In huge camps like this, diseases can quickly become an epidemic – and the helpers are not adequately prepared or equipped to deal with such a situation.”

Header Photo: UN Women Asia and the Pacific via Flickr