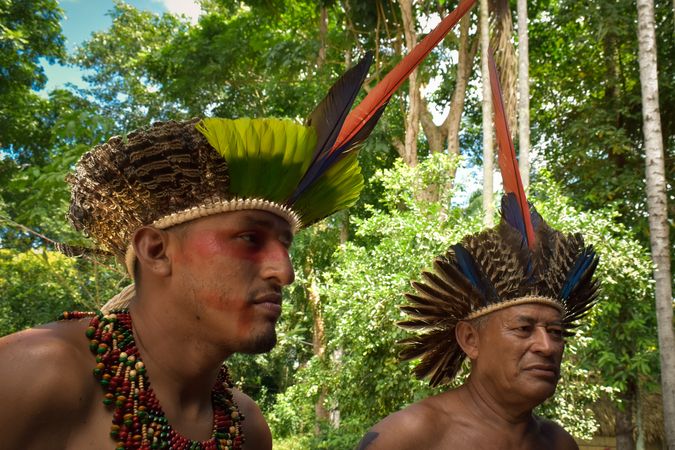 On Saturday, illegal gold miners invaded more than 600,000 acres of the Wajapi indigenous territory in the state of Amapa. Their leader, Emyra Wajapi, had been murdered last Wednesday. Picture: STP Switzerland, April 2019.

Following the murder of an indigenous leader in Brazil, illegal gold diggers have occupied part of the Wajapi indigenous reserve. Thus, the Society for Threatened Peoples (STP) is calling for better protection of the indigenous territories in the South American state: "Brazil's president Jair Bolsonaro is using his campaign for the economic development of protected areas to incite violence against indigenous peoples. This, however, is to be seen as a violation of Brazil's constitution and other laws, according to which indigenous territories have to be protected," stated Regina Sonk, one of the STP's expert on indigenous peoples, in Göttingen on Monday. The human rights organization recalled that these protected areas were established using millions of Euros of development aid from Germany – in addition to money from other sources. "Now, a sell-out is taking place, and violent attacks are tolerated. This is to be seen as a violation of human rights, and it harms the environment and thwarts Germany's development goals," Sonk added.

On Saturday, illegal gold miners invaded more than 600,000 acres of the Wajapi indigenous territory in the state of Amapa. For fear of attacks by the gold diggers, the indigenous inhabitants of the village of Mariry left their settlement. Their leader, Emyra Wajapi, had been murdered last Wednesday. Other leaders of the Wajapi demanded the army to put an end to the occupation of their village and their land by the gold diggers. Further, they warned of a bloodbath among the indigenous population.

Illegal gold diggers have been active in the Amazon region for decades, and there have been repeated violent attacks against the indigenous population. Communities living in isolation are especially vulnerable to diseases – and Mercury, which is used in gold mining, is destroying their environment and their livelihoods. The approximately 1,200 Wajapi live in several dozen settlements scattered throughout the reserve.