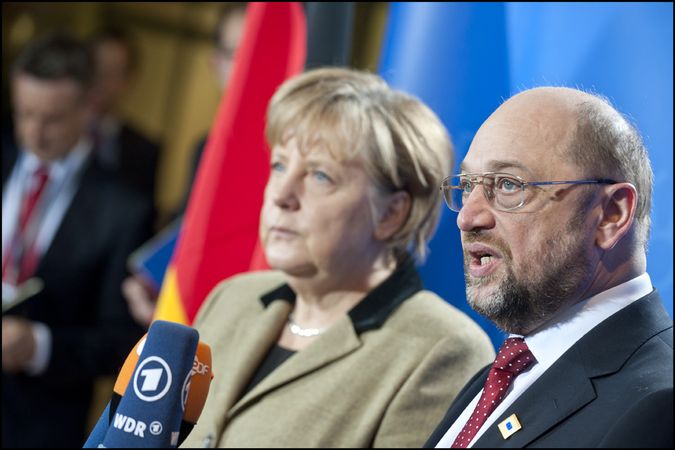 the coalition agreement seems to be more focused on attempts to fend off refugees. Photo: European Parliament via Flickr

From the viewpoint of the Society for Threatened Peoples (STP), the coalition agreement between the SPD and the CDU is “to indifferent regarding human rights”. “We are disappointed that there is no passage stating that Germany’s foreign policy should primarily focus on the aspect of human rights,” said Ulrich Delius, the STP’s director, in Göttingen on Friday. “Instead, there are clear statements that priority should be given to business interests. This can also be seen in the debate regarding arms exports to Saudi Arabia. Now, there are attempts to work around the decision that the Kingdom should not be provided with new patrol boats – as was agreed in the exploratory negotiations. Also, the new coalition agreement lacks a clear statement regarding the responsibility to protect victims of genocide and crimes against humanity. The previous agreement had contained a statement like this. Major human rights crises such as the Rohingya drama in Burma or the refugee catastrophe in South Sudan are ignored.”

From the viewpoint of the STP, it is a fatal mistake of the coalition partners to try and promote Egypt’s “political stabilization”. “Egypt is a dictatorship. There, the aspect of human rights is not treated with enough respect – so there is nothing to stabilize. Instead, the coalition agreement seems to be more focused on attempts to fend off refugees,” criticized Delius. “For the members of persecuted ethnic and religious minorities, it will become more difficult to find protection in Germany.”

“We approve of the statement regarding the commitment to a global right to freedom of religion, which is emphasized by the plans to appoint a religious freedom representative. We also welcome the fact that, after years of blockade, Germany is about to strengthen the rights of indigenous peoples by ratifying ILO Convention 169,” the human rights activist stated. Further positive aspects are the passages regarding further measures to fight impunity and the plans to provide more support for the International Criminal Court (ICC). “We demand the future government to stick to its intentions – especially regarding the increased support for this court. Germany must ensure a better financing of the prosecution authority of the ICC. In order to make a difference in the global fight against impunity, the court needs more capacity to be credible.”

The coalition agreement contains a statement regarding Germany’s claim to a non-permanent seat in the Security Council, but there is not much information concerning other important aspects of global politics – such as the role of China, the dispute over the People’s Republic’s expansion to East Asia, and the importance of India. China is not a “guarantor of stability, but for a peace of the graveyard”, Delius stated. “There is only a single sentence about India – without addressing measures to protect religious minorities, as had been emphasized so often before. Thus, the coalition agreement is fragmentary, mainly intended to please the voters. It lacks convincing concepts and credibility.”