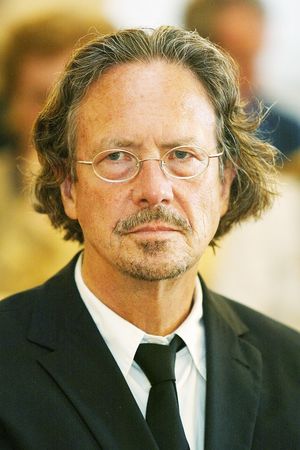 The Society for Threatened Peoples (STP) calls on the designated Nobel Prize winner Peter Handke to distance himself from his earlier comments on the genocide in Srebrenica and to apologize to surviving victims and their families. "It is time for Mr. Handke to show backbone and to distance himself from his revisionist statements," emphasized Jasna Causevic, expert on genocide prevention and the Responsibility to Protect, on behalf of the STP. "If he would prefer to really earn the Nobel Prize for literature – not only be awarded with it – he should consider meeting up with survivors of the Srebrenica massacre and apologize to them for his earlier statements."

In the 90s, Handke had claimed that the war in the former Yugoslavia was only taking place on the retina of the audience – who were thus to be seen as victims of a global journalist conspiracy to the detriment of Serbia. In the massacre of Srebrenica, which took place almost 25 years ago, in July 1995, Serb nationalists had murdered at least 8,372 Bosniak boys and men. The International Criminal Tribunal for the former Yugoslavia (ICTY), the International Criminal Court (ICJ), the European Parliament, and many other institutions from all over the world had unequivocally seen this massacre as a crime of genocide.

Handke's prize was met with approval by Serbian ultranationalists. Recently, the Bosnian newspaper Oslobodjenje had reported on an initiative to erect a monument or a statue in his honor in the center of Srebrenica, which is administered by the Bosnian Serbs. The citizens' initiative whose president had sent an according proposal to the municipality of Srebrenica justified this by stating that Handke's prize was a clear sign that intellectuals of the free world had found the courage to honor an artist for fighting for the truth by negating judgements of the Hague Tribunal and by questioning the genocide in Srebrenica.

"This is the signal that the Swedish Academy sends to the victims of the genocide and to the perpetrators and their accomplices," Causevic stated. "The committee must have known that its decision to honor a genocide denier is not just an aesthetic judgment." It was clear from the very beginning that the award would become a political issue.