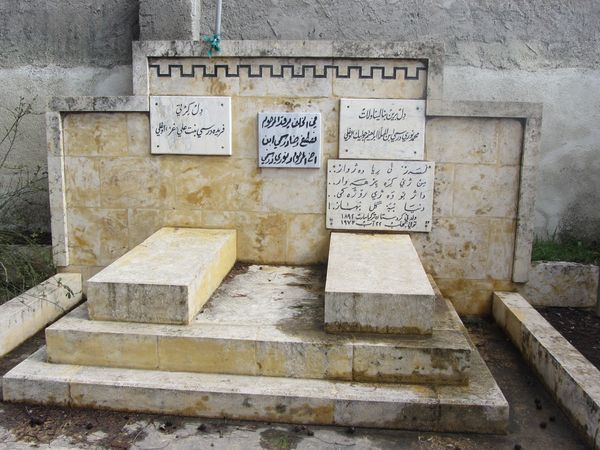 --- Göttingen, April 8, 2021 --- The Society for Threatened Peoples (STP) has addressed German Foreign Minister Heiko Maas with an urgent request to condemn the desecration, looting, and destruction of cemeteries and shrines in the Syrian-Kurdish region of Afrin by the Turkish military and allied Islamist militias. The human rights organization called on Minister Maas to demand NATO partner Turkey to put an end to these internationally wrongful acts as soon as possible.

"Following the violent expulsion of around 300,000 people from Afrin in spring 2018 and the occupation of this northern Syrian region in violation of international law, the Turkish military and radical Syrian militias seem to have lost all respect – even for the dead," criticized Dr. Kamal Sido, the STP's Middle East Consultant, in Göttingen today. "Germany must not accept this, and negotiations with Turkey must be subject to the condition that religious freedom is respected and that religious sites are not touched!" Over the last three years, the STP had repeatedly reported about the destruction of cemeteries and shrines in Afrin.

The civil society organization "Syrians for Truth and Justice" has documented many cases in the new report "Blind Revenge: Cemeteries and Religious Shrines Vandalized by Parties to the Syrian Conflict". For example, members of the Turkish-backed Syrian National Army (SNA) in Afrin are accused of destroying the cemetery in the village of Sheikh Khourouz in Bulbul district as well as graves in the cemetery of the village of Abu Ka'aba in Jindires district. Turkish troops also desecrated religious sites. For example, they reportedly turned the cemetery in the village of Kafr Sh?l – where Kurds who had fought against the Islamic State were buried – into a cattle market. The cemetery in Metîna/Matenli village in Sharran district was reportedly destroyed in the second half of May 2020, just like Seydo cemetery on Kazikli Mountain in the village of Kafr Safra in the north-west of Jindires district.

"Turkish military personnel and their Syrian mercenaries are said to be looking for antiquities. Afrin is located in the so-called "Plain of Dead Cities" between Aleppo and Antioch, which is rich in archaeological treasures," Sido stated. For example, militias are also said to have destroyed several religious shrines belonging to the Yazidi and Alevi religious communities, such as in the village of Masha'ala. They looted one of the most important shrines of the Kurdish Alevis – where Dr. Nuri Dersimi, one of the most famous Alevi personalities, and his wife found their final resting place. Further, the shrine of the Yazidi religious community in Chel Khanê not far from the village of Qibar was desecrated in May 2020.