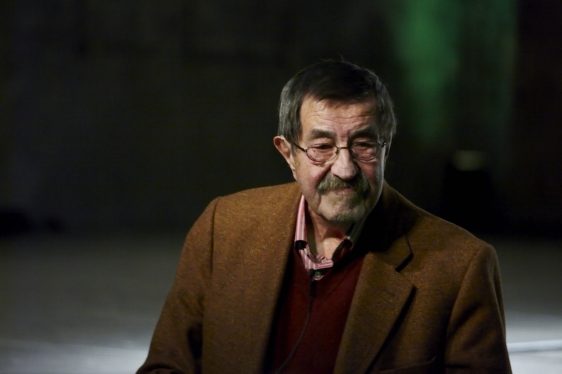 The Society for Threatened Peoples (STP) has expressed grief on the death of Günter Grass. "The oppressed minority groups – especially the ones that are not often mentioned – have lost a very important advocate," said Tilman Zülch, Secretary General of the STP, in Göttingen on Wednesday. "Günter Grass was there for the persecuted and displaced persons when they needed him. He raised his voice for them, eloquently, and – together with our Society for Threatened Peoples – repeatedly admonished that German must learn from its past. Anyone who remains silent about genocide is an accomplice to the crimes."

In grateful memory of the important human rights work of the Nobel Prize winner, the STP would like to recall joint initiatives with Günter Grass:

Back in June 1968, when about 10,000 children died of starvation in the enclave of Biafra (eastern Nigeria) every day, Tilman Zülch and Klaus Guercke – who were both students in Hamburg – founded the "Aktion Biafra-Hilfe", which was the beginning of the Society for Threatened Peoples as an international human rights organization. At the same time, the founders turned to the "leaders" of the student movement, asking for help. They declined, however, due to "side contradictions", since the Soviet Union and Labour-ruled Britain had supported Nigeria's genocide crimes against the Ibos from Biafra – politically and with military help.

When the Biafra-Hilfe asked Günter Grass for support, he took action immediately: He held a speech during the great Biafra-demonstration in front of the "Dammtor"-station in Hamburg and led the protest march. "As Germans, we should know what we say when we use the word genocide – and remaining silent is complicity!" This is what Grass had told the protesters as early as October 4, 1968. His words were published in the "Zeit" a few days later, causing many people to take action.

Grass continued to avocate for human rights, for victims of persecution and for minority groups; a complete anthology would have to consist of several volumes. Over the years, he also accompanied the Society for Threatened Peoples as a friend and promoted our human rights initiatives many times.

When tens of thousands got killed during the Russian genocide in Chechnya – and we held protest actions in 72 cities – he spoke to us at the central vigil in Göttingen's pedestrian zone. We were able to accommodate the two most important Chechen human rights activists, Mrs. Lipkan Basajewa and Mrs. Zainap Gashaeva, in Germany for a year. During the years, while Günter Grass repeatedly found clear words against the deportation of political refugees from Germany, we were able to prevent numerous deportations of Chechens. Further, his passionate appeal to the Russian government and the international community at the World Congress of the International PEN Club in Moscow in May 2000 – on behalf of the Chechens – is unforgettable, not only for us.

When he held an eulogy for Yasar Kemal, his friend and fellow writer, on occasion of him being awarded with the Peace Prize of the German Book Trade in 1997, he also clearly condemned the "state arbitrariness and racial fanaticism" directed against the Kurdish people in Turkey.

The poet also often advocated for the Sinti and Roma. It was not until 1979 that the Holocaust against this population group became widely known, thanks to the work of the Society for Threatened Peoples with support by Simon Wiesenthal. The German Federal President and Chancellor formally apologized in the early 1980s. Grass initiated the "Pankok-Prize", named after his teacher Otto Pankok who had tried to help the Sinti in the Third Reich. We were represented in the jury. We will not forget the award ceremony for our friend Dr. med. Hassani, a Roma from Kosovo, in the town hall of Lübeck in the presence of the German President Johannes Rau.

Günter Grass always saw his commitment as a consequence of German history. He often recalled the Nazi crimes against the Polish people. Being from Danzig, he was able to report about how the town's inhabitants had fled or were driven away. Today, his hometown is inhabited by other people – and they awarded Günter Grass with an honorary citizenship.

Expulsion, the breaking up of ethnic and religious communities, the establishment of concentration and labor camps are crimes – anywhere and at any time. The many centuries of the history of the German population in Danzig are a part of the German, European, and thus also of Polish history. What connects us to Günter Grass is the commitment for universal values.