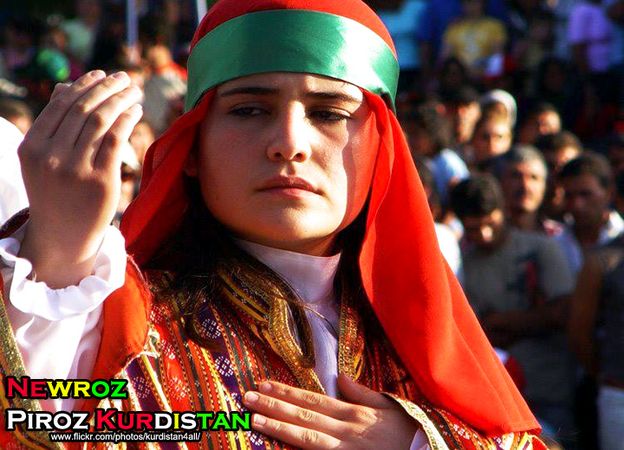 on March 21, our Kurdish fellow citizens will be celebrating their New Year's Day, Newruz, together all the other Kurdish people all over the world. This year's spring celebrations, however, are overshadowed by fears that the so-called Islamic State (IS) might act on its horrible threats: IS-fanatics have announced to want to burn 21 Kurdish freedom fighters alive on this important Kurdish holiday.

The Kurdish Peshmerga fighters had fallen into the hands of the IS on January 31, when they had tried to defend their multi-ethnic and multi-religious hometown of Kirkuk against the jihadists. In mid-February, the terror network published a video showing how the 21 hostages on pickups, being driven through a howling mob of IS-fighters to the south of Kirkuk. During this ordeal, they were forced to stand in cages.

The world had to witness horrific images of an IS-prisoner in an iron cage once before. In early January, the Jordanian pilot Muas al-Kasasba had died a torturous death by burning in such a cage.

Dear Madam Chancellor, I would like to urge you to try and ensure that the Kurdish freedom fighters will not be killed. Please use your influence to address the Turkish and Qatari government. They must make use of their moderating influence on the IS. The hostages must be set free so that they can finally take their wives and their children in their arms again.

In this context, we would also like to recall the massive weapons supplies from Germany to Turkey, Qatar and Saudi Arabia. Obviously, military equipment from Germany has fallen into the hands of the IS-barbarians.

Newruz must not become a day of grief – it must remain a feast of joy!