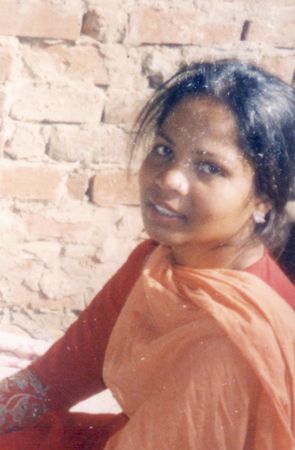 [Translate to Englisch:] © [AKA Gilyo]/Flickr

Following the assassination of a Christian couple that was accused of blasphemy in Pakistan, the Society for Threatened Peoples (STP) demands that the blasphemy laws in the south Asian country must be abolished. "It is not enough to merely demand investigations of the murder and punishment for the perpetrators," said the STP's Asia-consultant, Ulrich Delius, in Göttingen on Wednesday. "The blasphemy laws are turning the lives of the Christians, Ahmadiyya Muslims and Hindus in Pakistan to hell – and they are an invitation to kill people. As a member of the UN Human Rights Council, Pakistan is not allowed to promote the exclusion of religious minorities. The principle of religious freedom must be respected! If Christian faith is treated as a crime and if the Muslim state treats members of other religious communities as criminals, the international community shouldn't look the other way any longer."

Delius announced that the STP will send an appeal to all 47 member states of the UN Human Rights Council and ask them to advocate for an immediate abolition of the blasphemy laws in Pakistan. "It can no longer be passively accepted that Christians and Ahmadiyya Muslims in Pakistan fear to practice their faith."

In the town of Kot Radha Kishan, an angry mob had killed the Christian couple Shama and Shezhad and burned their bodies on Tuesday. The pregnant woman and her husband were suspected of having dishonored the Quran. Since 1990, at least 54 people have already been killed in Pakistan on suspicion of blasphemy. About 1,400 blasphemy-trials were initiated since the introduction of the controversial criminal law in 1986.

While there was only one blasphemy-trial in 2001, the number rose to 80 in 2011 – and 27 cases were registered for 2012. In 2013, 34 people were charged with blasphemy in Pakistan. The cases often end up with long prison sentences or even the death penalty. However, none of the death sentences has yet been enforced. On November 8, 2010, the Catholic Asia Bibi was the first woman in Pakistan In Pakistan's history to be sentenced to death for blasphemy. On October 16, 2014, the High Court of Lahore confirmed the death sentence against the mother of five.