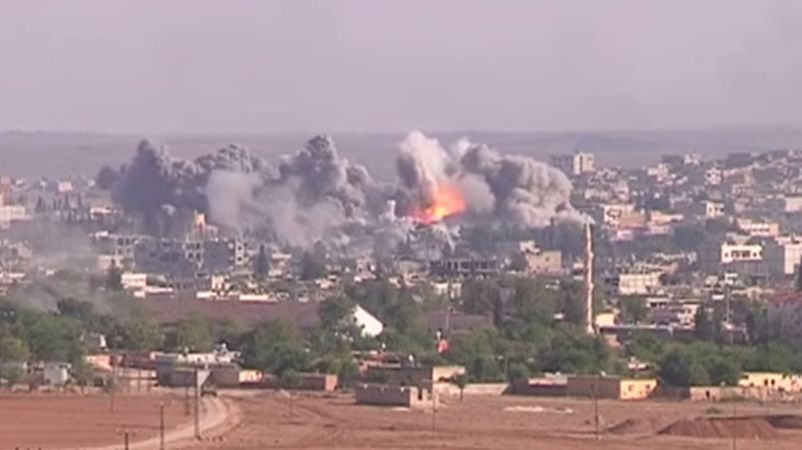 The STP demands Russia to stop bombing the eastern parts of Aleppo that are controlled by Islamist rebels. Photo: Wikimedia Commons

The Society for Threatened Peoples (STP) has sent an appeal to the governments of the Russian Federation and the United States, demanding an end to the armed conflict in Syria, which recently flared up again. Given the serious war crimes against the civilian population of Aleppo and other cities, we urgently call for a peaceful solution for Syria.

The STP demands Russia to stop bombing the eastern parts of Aleppo that are controlled by Islamist rebels, and to persuade the allied Syrian regime to withdraw its air force form there as well – immediately! The United States must ensure that all radical Islamist groups in the area of Aleppo will be disarmed, or that they will at least comply with a ceasefire. In our opinion, this would be the only way to prevent a mass exodus from the parts of the city that are controlled by the regime. There are still about 1.5 million people – including at least 100,000 Christians, Armenians, Assyrians/Aramaeans/Chaldeans, Kurds, Alevis, Ismailis, Shiites, and Yazidis – living there. For them, the radical Islamist groups, who want to turn Aleppo into a purely Sunni-Arab city, are a deadly threat.

While Russia, Iran, as well as Shiite militias are supporting the Syrian regime by all means, the United States and the other NATO countries, Saudi Arabia, and Qatar are providing the radical Islamists with even more weapons. The pro-Islamic Turkish government supports the Islamists as well – as an attempt to destroy the “oasis of peace” in northern Syria. There, the Kurds and their Assyrian Aramaic, Arabic, and Turkmen allies were able to fend off the Islamist fighters as well as Assad’s troops. The Kurds are consistently following a secular agenda, and they have already provided shelter for hundreds of thousands of refugees in the region under their control.