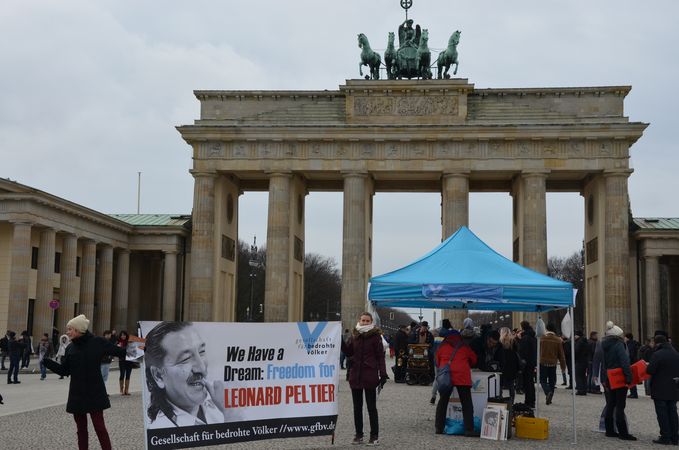 On Friday, the 5th of February, the Society for Threatened Peoples (STP) held a vigil outside the US Embassy in Berlin to call on President Barack Obama to pardon the Native American rights activist Leonard Peltier, who has been innocently imprisoned for the last 40 years. Only a pardon by President Barack Obama can give the old and ill Indian human rights activist the chance to live his twilight years in freedom.

At the end of the vigil, the STP head of the Indigenous Peoples Department passed the appeal  to the US Embassy. The human rights organization was able to acquire more than 1.600 signatures during the past months.