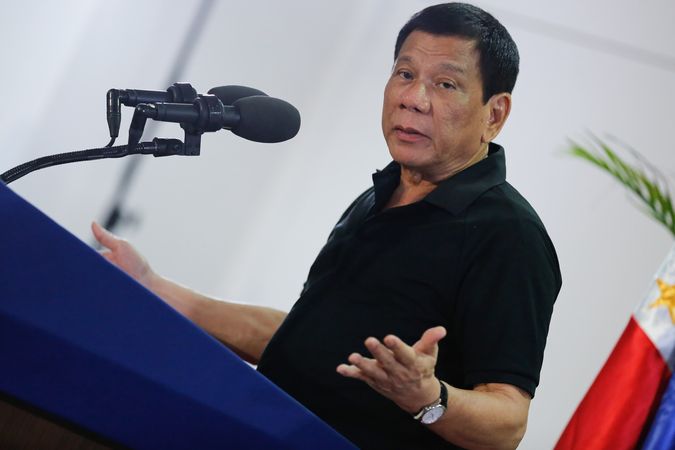 President Duterte announced that the state will leave the ICC with immediate effect. Photo: public domain

After the Philippines announced plans to leave the International Criminal Court (ICC), the Society for Threatened Peoples (STP) demanded Germany to show more commitment in the global struggle against impunity. “The new German government must discuss measures to strengthen the ICC and the global fight against impunity. As one of the most dedicated founding members of the court, Germany can no longer watch as more and more states turn away from the court in disappointment. After all, the only possible way to enforce human rights on a global level is to take the struggle against impunity seriously,” explained Ulrich Delius, the STP’s director, in Göttingen on Wednesday.

Thus, the human rights organization suggested that the overburdened investigative bodies of the ICC should be granted more funds in order to enable more credible and more competent investigations. “This would be an effective approach to meet the criticism of the African states, which are accusing the ICC of one-sidedly focusing on Africa,” Delius said.

“The Philippines’ plans to leave the ICC are a bad sign – and it is especially the indigenous peoples on the embattled island of Mindanao who are losing all hope for an end to the violence and lawlessness. Apparently, the judiciary of the Philippines knows no justice for the Lumad people. Dozens of members of the army or of militia groups have gone unpunished for their crimes against the Lumad, because no court in the Philippines dares to sentence them. President Duterte’s decision will cemented the culture of impunity in the country,” Delius stated. Today, Duterte announced that the state will leave the ICC with immediate effect. The president is reacting to an ICC investigation into the violent deaths of more than 10,000 people in connection with the anti-drug struggle in the Philippines.

Duterte, who was born on Mindanao, has often boasted to be a friend of the Lumad. But the situation of the indigenous people in Mindanao has turned to the worse since he was elected in June 2016. Recently, the UN Special Rapporteur on Indigenous Peoples, Victoria Tauli Corpuz (who is from the Philippines), had demanded an end to impunity for crimes against the Lumad – and Duterte had then insulted her in such a way that the UN High Commissioner for Human Rights, Zeid Ra’ad Al Hussein, advised him to visit a psychiatrist.