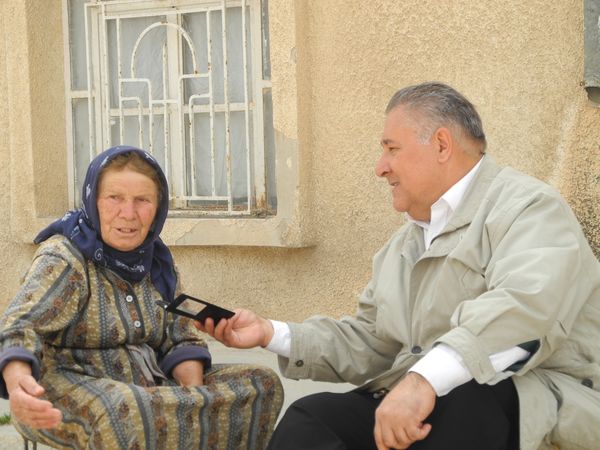 While the world is looking at Aleppo, which is suffering from constant bombings, the situation of the civilian population in other parts of Syria is getting worse as well. In order to draw attention to the fact that the Kurdish areas are increasingly threatened by Islamists – and to ask for help in this regard – the Society for Threatened Peoples (STP) has invited local and international media to a press conference in the city of Qamishli, northern Syria. Representatives of ethnic and religious minorities will be taking part as well.

“The Kurds, together with their Assyro-Aramaic, Arabic, Turkmen, Christian, and Yazidi allies, have created an ‘oasis of peace’ in northern Syria, based on a strictly secular political agenda. Together, the different ethnic groups living in Rojava / northern Syria managed to fend off Islamist groups as well as Assad’s troops, thus providing shelter for about one hundred thousand refugees. They must be protected from attacks by the radical Islamists and the Turkish army – urgently,” says Dr. Kamal Sido, the STP’s Middle East expert.

According to the STP, the on-site press conference is supposed to be a sign of solidarity with the autonomous region, which managed to emerge from the turmoil of the bloody Syrian civil war, and which is now a home to about three to four million people. In Qamishli, Sido will present an 80-page report on the situation in Rojava / northern Syria in Arabic language, including the 24 interviews he conducted in the region with members of different ethnic groups in the spring of 2016. All of the interviewees had emphasized their commitment to a peaceful coexistence of the different religious communities, and they acknowledged the aspect of human rights, especially freedom of religion and freedom of opinion.

“Germany and Europe must provide targeted aid to the civilian population in Rojava / northern Syria! There is a lack of clean drinking water, of electricity, medical assistance, and other infrastructure,” says Sido. “It is absolutely possible to provide humanitarian aid there – and it will cost far less than it would to provide shelter for even more refugees in Germany. It is our duty, and we are committed to supporting the Kurds, the Sunni Arabs, the Assyrians/Chaldeans/Aramaeans, the Armenians, the Christians, the Yazids, the Circassians, the Turkmen, and the other people there. They must at least be able to live a life in dignity. And they must be able to develop perspectives for themselves and their children, or at least to survive in their own country.”

In Syria the situation of the minorities is getting worse every day. Many members of the minority groups have already left the country for fear of discrimination or raids, as they are permanently confronted with the danger of kidnapping, execution, or torture. There are already about one million internal refugees living in Rojava / northern Syr