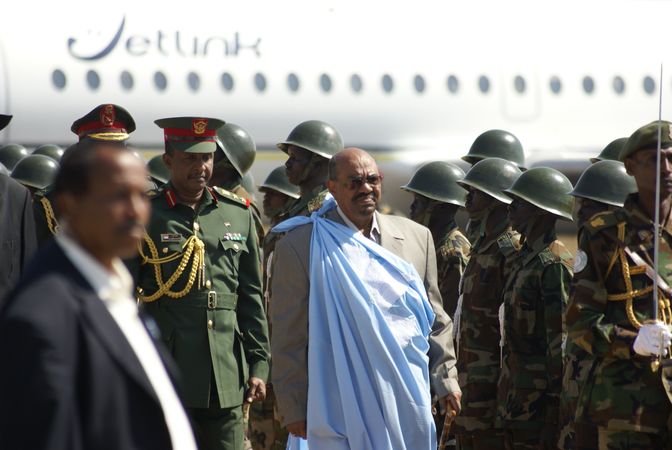 The Society for Threatened Peoples (STP) demands Sudan to release hundreds of protesters. The protests against the rule of President Omar Hassan al Bashir, who has been ruling the country for 30 years, have now been going on for 100 days. In February, the government released around 2,400 detainees, but local human rights activists are sure that there are several hundred more prisoners. The STP knows the names of about 70 of them. Photo: Al Jazeera English via Flickr CC BY-SA 2.0

The Society for Threatened Peoples (STP) demands Sudan to release hundreds of protesters who were arbitrarily arrested since the beginning of the wave of protest in December 2018. "Their only offense was to publicly demand freedom of expression. Many of the detainees have been in custody of the secret service for months, and we fear for their lives," stated Ulrich Delius, the STP's director, in Göttingen on Monday. The STP also demanded the deaths of three students to be investigated. Their bodies had been found a few days after they were arrested in the course of the protests in December and January.

The protests are directed against the rule of President Omar Hassan al Bashir, who has been ruling the country for 30 years. He is aiming to be re-elected, despite an international arrest warrant for his responsibility for the genocide in Darfur. Massive intimidation attempts could not suppress the nationwide protests, especially of young people. There will be further vigils and demonstrations on Tuesday and Thursday of this week.

Sudan's government has repeatedly promised to release all detained protesters. Around 2,400 detainees had been released in February 2019. "However, we are aware of many students, university lecturers, and humanitarian workers who are still kept detained by the authorities," Delius stated. According to local human rights activists, there are still hundreds of prisoners. The STP knows the names or about 70 of them.

38-year-old Nazim Sirag has been detained since his arrest on January 31, 2019. The father of two young sons provided first aid to people who were injured in the course of the protests. Four of his fellow aid workers are also still in prison.

The National Intelligence Agency NISS arrested the university lecturer Abbas El Alam and the civil rights activist and journalist Shamseldin Dawelbeit, and at least 29 students from Darfur have been detained since their arrest in the course of a demonstration on December 23, 2018.

When several dozen family members of detainees protested in front of the NISS headquarters last Thursday, demanding information about the fate of their relatives, the authorities refused to accept a petition from worried parents and friends.