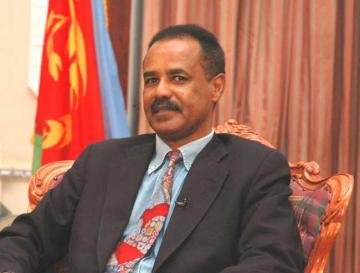 According to the Society for Threatened Peoples (STP), Ethiopia’s willingness to recognize Eritrea’s border demarcation is a significant step towards more peace in the Horn of Africa. “After so much suffering and death, the civilian population of Eritrea and Ethiopia will celebrate this decision. However, the country’s diplomatic success could have drastic consequences for Eritrea’s dictator Isaias Afewerki, causing him to lose power. If the small state is no longer in a latent state of war with its influential neighbor Ethiopia, it will be difficult to justify the huge military apparatus, forced recruitment, and the indefinite military service,” stated Ulrich Delius, the STP’s director, in Göttingen on Wednesday. Thus, the autocrat might soon be under pressure to finally allow democratic reforms and to respect human rights. The largest population group among the boat refugees in Italy are Eritrean citizens, people who fled from military service.

On Tuesday evening, Ethiopia’s government announced that it would recognize a decision made by the Permanent Court of Arbitration in The Hague in 2002, in which the court had settled a border dispute in favor of Eritrea. The two states had fought a bloody border war between 1998 and 2000, and at least 100,000 people lost their lives. In the Treaty of Algiers, the states had then agreed to accept a decision by a neutral court – but Ethiopia had later refused to act accordingly.

“For Eritrea, it is a great success that Ethiopia has now given in, because the international community refused to force the government in Addis Ababa to comply with the decision of the Court of Arbitration – in consideration of Ethiopia’s strategic and political importance,” Delius emphasized. Instead, Eritrea had become more and more stigmatized, and was seen as a pariah state in the Horn of Africa. “For Eritrea’s dictator, this was not very problematic. He claimed that his country had become a victim of international conspiracies – allowing him to ignore the people’s human rights because of the latent threat of war. “Now, Afewerki will be under pressure to scale down his more than 200,000-strong army.”