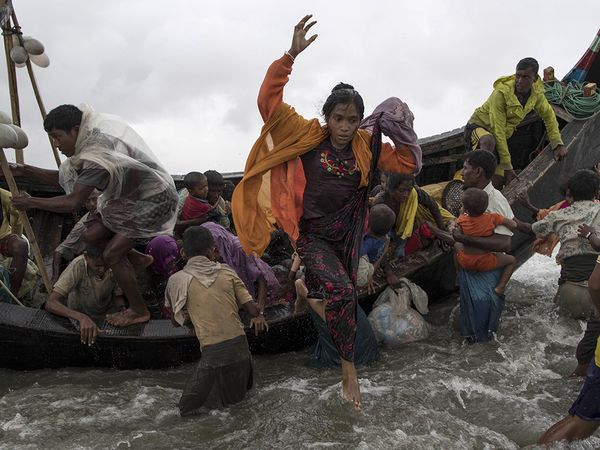 The Rohingya are the losers of the year. Not only did they lose their belongings and their homes – they also learned that no other state was prepared to offer them long-term protection. Photo: Jordi Bernabeu Farrús via Flickr

According to the Society for Threatened Peoples (STP), the systematic expulsion of the Rohingya minority from Burma (Myanmar) is the most serious refugee drama of the year 2017. Four months after the beginning of the refugee drama, the STP insistently demanded more humanitarian aid for the 655,000 refugees, and more efforts to find a political solution to the crisis. “The Rohingya are the losers of the year. Not only did they lose their belongings and their homes – they also learned that no other state was prepared to offer them long-term protection,” said Ulrich Delius, the STP’s director, in Göttingen on Tuesday. “The Rohingya crisis is not solved yet. There must be more international pressure on Burma’s government and the army. They must grant the minority their basic human rights, and they will have to ensure that the refugees can return safely.”

The human rights organization emphasized that the humanitarian situation of the Rohingya is absolutely catastrophic. “Most of the refugees are women and children. At least one in four refugees are malnourished, and many are suffering from diarrhea and respiratory diseases. The refugee camps in Bangladesh often lack fresh drinking water, and around 84 percent of the refugee children are not getting sufficient nutrition for them to grow up healthy” Delius stated.

According to the STP, the refugees will not be able to return in the near future, although Burma’s authorities are planning to repatriate them as of January 23, 2018. “Considering the ongoing human rights violations, nobody will return voluntarily,” said Delius. Also, Burma is not prepared to take back more than 300 refugees per day. Thus, it would take more than five and a half years to repatriate all the refugees.

On Christmas Eve, the UN General Assembly had adopted a resolution to condemn the expulsion of the Rohingya, demanding Burma to grant the members of the minority full citizenship. Further, 122 of the respective 193 states demanded Burma to grant aid workers free access to the needy people in the north of Burma’s Rakhine state. Only ten states (China, Russia, Laos, Cambodia, the Philippines, Syria, Vietnam, Belarus, Zimbabwe, and Myanmar) had voted against the resolution. With regard to the catastrophic human rights situation in the country, UN Secretary-General Antonio Guterres is supposed to appoint a Special Representative for Burma. So far, the UN Human Rights Council only had one representative who was responsible for Burma, the Korean Yanghee Lee. Last week, Burma’s authorities had decided that she would not be allowed to enter the country until the end of her term in office.