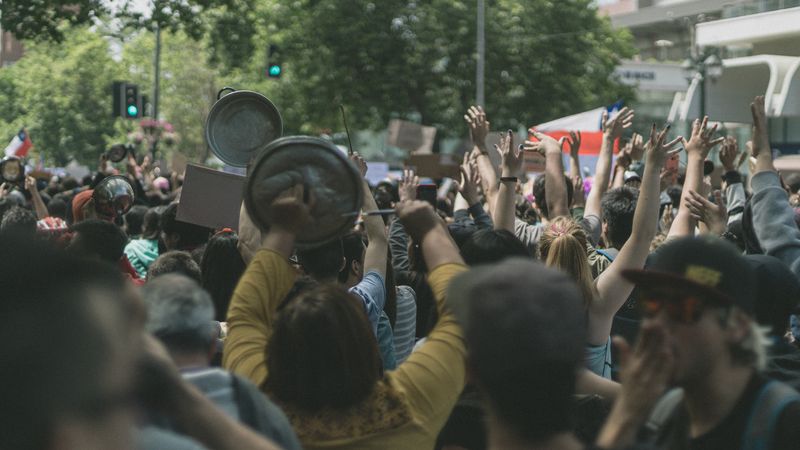 According to the Society for Threatened Peoples (STP), there is an atmosphere of fear and chaos in Chile. "At least five people have been killed since the riots broke out just over a week ago," criticized Yvonne Bangert, one of the STP's experts on indigenous peoples. According to the National Institute of Human Rights (INDH), 584 people were injured, 245 of them by firearms. Meanwhile, a total number of 2,686 people were arrested, including 297 children and adolescents. "Many elderly Chileans are reminded of the dictatorship of Augusto Pinochet," Bangert stated. During the military dictatorship from 1973 to 1990, the streets of the cities had been regularly patrolled by soldiers.

In the capital of the Araucanía Temuco region, the police had attacked protesters with tear gas and rubber bullets. "Temuco is the center of the Mapuche people. With more than one million members, they are the largest indigenous people in Chile," Bangert stated. They account for almost ten percent of the total population, but are discriminated against and oppressed. They are frequently faced with court proceedings based on the internationally shunned anti-terror law, which allows pre-trial detentions for months or even years. "This can be done based on a testimony by an anonymous witness, so the defense can hardly do anything to oppose. This approach is only used against the Mapuche," Bangert criticized. According to the INDH, prisoners frequently complain about torture, humiliation, and sexual harassment by the security forces.

President Piñera recently revoked the fare increases and admitted to have misjudged the situation – but too late, as the social upheavals in Chile are fundamental: "The average monthly income in Chile is around 500 Euros. For about 60 percent of the households, this is not enough to get by until the end of the month," Bangert said. "For the Mapuche, the poorest of the poor, the consequences of land loss and destruction of their cultural roots are dramatic." They are especially affected by the arbitrariness of the security forces, who are rarely held accountable for their actions.

"The German federal government should use the riots as an opportunity to investigate human rights violations across the country, especially in the Araucanía region, and to urge the Chilean government to uphold the rule of law," Bangert emphasized. Yesterday, Michelle Bachelet, former Chilean President and current UN High Commissioner for Human Rights, announced plans for an independent international observer commission to investigate the alleged human rights violations against protesters.