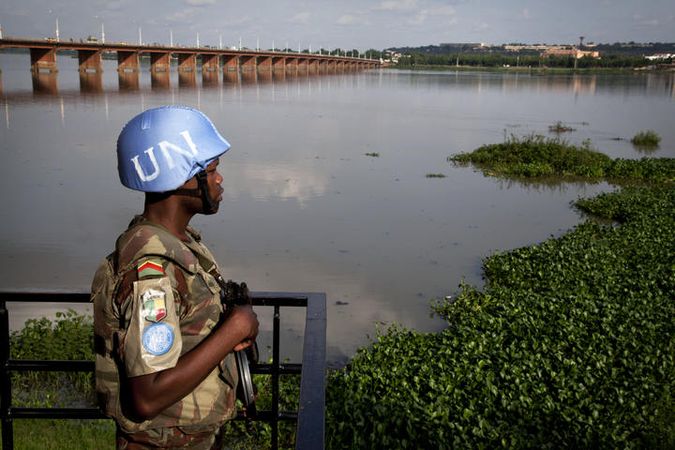 The Society for Threatened Peoples (STP) warns that the security situation in Mali is getting worse. According to the STP, a total number of 43 civilians got killed by alleged Islamist terrorists who attacked Tuareg camps during the last two days. The human rights organization emphasized that the crimes have to be solved and that those who are responsible must be punished. “If those who are responsible for the crimes against the civilian population remain unpunished, there will be no end to the violence in this civil war, which has been going on for five years now,” explained Ulrich Delius, the STP’s director, in Göttingen on Saturday. In recent months, Mali’s authorities had tried to free hostages by releasing or exchanging detained Islamist terrorists.

The recent attacks against the civilian population took place in the region of Menaka in northern Mali, close to the border with neighboring Niger, on Friday and Saturday. On Friday, heavily armed attackers on motorcycles had opened fire on a Tuareg camp near the village of Aklaz, killing twelve people. Most of the victims were elderly people and children.

There was another attack on a Tuareg camp near Awakassa as well. 31 civilians got killed – so a total number of 43 civilians lost their lives in the two attacks. Armed Tuareg groups went after the attackers, and claimed to have killed four alleged Islamist extremists. However, this information has not yet been confirmed by an independent party.

The region around Menaka is considered a refuge for radical Islamic terrorist groups operating both in northern Mali and in the border region with Niger. These terrorist groups have repeatedly attacked refugee camps in Niger as well, to intimidate the civilian population and to force them to cooperate. The Islamist extremists often accuse the Tuareg of supporting the French army in the fight against radical Islamists, as part of the anti-terrorism mission Barkhane.

On Thursday, the German Bundestag decided that the mandate for the Bundeswehr’s participation in the UN peacekeeping mission Minusma in Mali will be extended by 13 months.