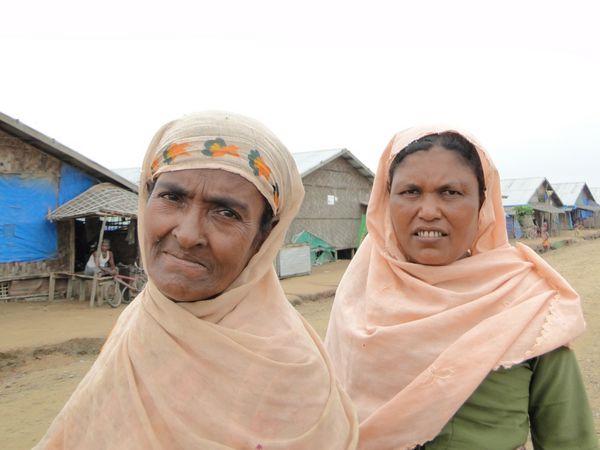 After Malaysia and Indonesia pushed more than 1,200 Burmese Rohingya boat people back to sea, the Society for Threatened Peoples (STP) accuses the ASEAN-states of failing to comply with human rights standards. "ASEAN is responsible for the mass exodus of Muslim Rohingya. The Rohingya-crisis was largely ignored during the last few years, rather than trying to find a political solution to the conflict in Burma. This policy has failed – and the recent inhumane rejection of the Rohingya boat people just tops it off. This is a disgrace to the ASEAN states," said the STP's Asia-consultant, Ulrich Delius, in Göttingen on Thursday. "Also, this is the comeuppance for ASEAN’s head-in-the-sand-policy and the years of ignorance about the human rights problems in Burma."

"Now, we expect the UN Secretary-General Ban Ki-moon to find clear words. The ethnic minority of the Rohingya – which, according to the UN, is the most persecuted minority group in the world – must not be left alone by the international community," said Delius. The UN High Commissioner for Refugees has already criticized the behavior of Burma's neighboring countries. Malaysia's navy had prevented two boats with more than 800 Rohingya refugees from reaching the coast. They were towed back into the open sea. Yesterday, a similar incident occurred off the coast of Indonesia: the navy towed a boat with 400 refugees back into the open sea.

A Malaysian navy-spokesman stated that the country could not afford to be "kind" – a statement that the STP criticizes as cynical and unsubstantiated. "Malaysia and Indonesia are responsible for the mass exodus. They adopted the ASEAN human rights declaration in November 2012, but they aren't doing enough to guarantee even the most basic human rights in the region," said Delius. Further, they would be willing to let Burma join ASEAN, although the Rohingya have been persecuted and marginalized in Burma for decades.

Since the renewed escalation of the Rohingya conflict in June 2012, more than 100,000 members of the persecuted Muslim minority have fled from Burma – at least 25,000 since January 2015. According to estimates, more than 6,000 Rohingya boat people are currently at sea. They are now facing death by drowning because the ASEAN-states refuse to accept them.