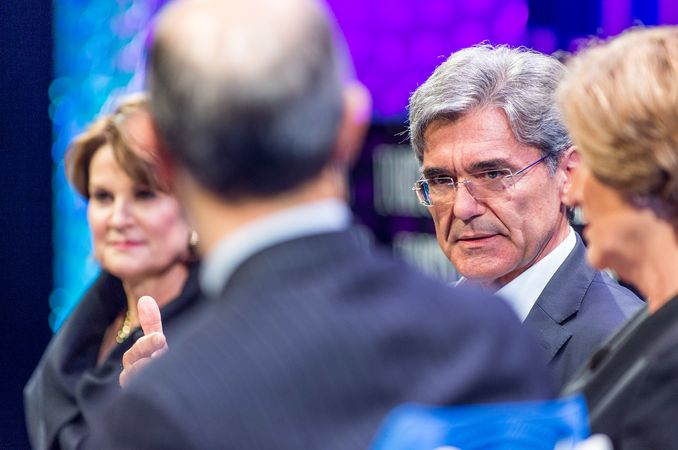 The Aboriginal communities informed the human rights organization that they will send a representative to the protests on the occasion of the Siemens General Meeting in Munich next Wednesday. Picture: Joe Kaeser at Fortune Global Forum in 2015. FORTUNE Global Forum via Flickr (CC BY-NC-ND 2.0)

As the Society for Threatened Peoples (STP) pointed out on Monday, Australian Aboriginal people have contradicted a recent statement by Siemens CEO Joe Kaeser according to which they had agreed to the construction of the controversial Carmichael coal mine, which is owned by the Indian Adani Group. The human rights organization received a four-page letter dated February 1, 2020, in which the indigenous people accuse the Munich-based company of disregarding their human rights and of making misleading public statements without consulting those affected.

"Companies that have committed themselves to sustainability and justice in their corporate principles, like Siemens, should also take these principles into consideration in everyday life – instead of ignoring criticism by those affected," emphasized Ulrich Delius, director of the Göttingen-based human rights organization. The STP has been trying to draw attention to the criticism of the indigenous Wangan and Jagalingou tribes for weeks.

The Aboriginal communities informed the human rights organization that they will send a representative to the protests on the occasion of the Siemens General Meeting in Munich next Wednesday. The Aboriginal people have also asked for an appointment with the Siemens leadership to present their views on the project. Despite massive protests, Siemens decided to stick to the planned delivery of signaling equipment for the railway line which will be used to transport the coal to the loading port.

"Australian companies, on the other hand, have learned from the Siemens debacle," reported the STP’s expert on indigenous peoples, Yvonne Bangert. Last week, the bus company Greyhound Australia announced that it would not extend its contract for the transport of workers who are building the railway line to the Carmichael Mine beyond March 31, 2020. In Australia, the company had been massively criticized for supporting the controversial project. Several dozen companies have already withdrawn from the project after widespread public protests. "At Siemens, too, it is time for a rethink. The fine words have to be followed by deeds," Delius demanded.