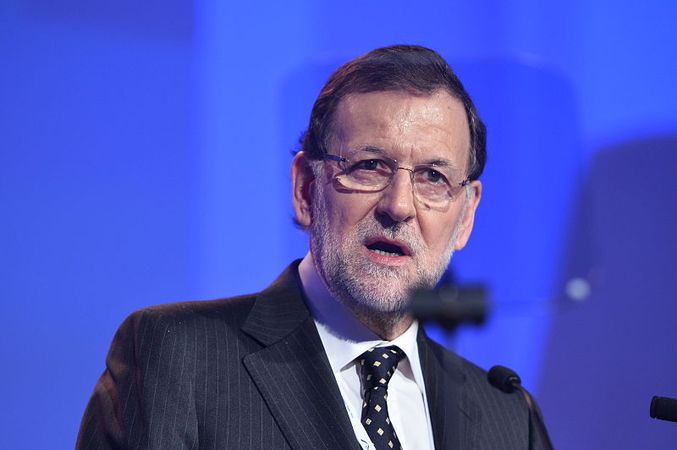 It was irresponsible of Rajoy to instrumentalize the conflict to divert attention from corruption scandals and to secure his own power. Picture: European People's Party via Wikimedia Commons CC BY 2.0

According to the Society for Threatened Peoples (STP), the fact that Spain’s Prime Minister Mariano Rajoy is about to be voted out of office might bear chances for a credible dialogue between the conflict parties in the Catalonia issue. “The government crisis might turn out to be a blessing for Spain and Catalonia, as it bears the chance of leaving the path of confrontation. The Catalonia issue can only be solved through a political dialogue,” emphasized Ulrich Delius, the STP’s director, in Göttingen on Friday. He emphasized that – as a sign of confidence-building – Catalonia’s pro-independence activists should no longer be criminalized. Apart from that, it would be necessary to revoke the arrest warrants against Carles Puigdemont and other former government officials from Catalonia.

Today, the Socialist Party (PSOE) called for a vote of no confidence against Rajoy, which will most probably lead to the election of Socialist candidate Pedro Sanchez (PSOE) as Prime Minister. Sanchez has already announced plans to enter a dialogue with the Catalan regional government and to build new bridges between Spain and the advocates of Catalan independence.

The STP recalls that, after taking power in 2011, Rajoy’s Conservative People’s Party had willingly accepted an escalation of the Catalonia conflict by blocking any reform of the statute of autonomy. “Without the unfortunate political activities of Rajoy’s party, Spain would not be facing such a profound constitutional crisis today. It was irresponsible of Rajoy to instrumentalize the conflict to divert attention from corruption scandals and to secure his own power,” Delius stated. “If the People’s Party had not refused to accept a reform of Catalonia’s statute of autonomy, Spain would not be facing this constitutional crisis.”