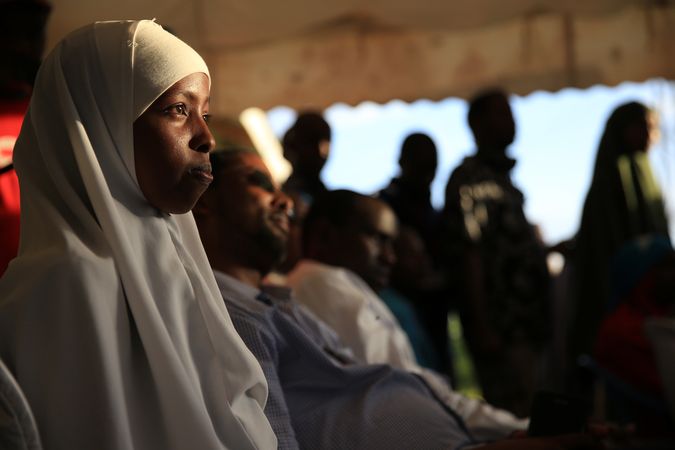 The EU is cozying up to Ethiopia and Sudan, ignoring the actual causes of flight. Rather than publicly criticizing the human rights violations, there is even encouragement. Photo: © Dominic Chavez/World Bank [symbol icon]

The Society for Threatened Peoples (STP) accuses the European Union (EU) of contributing to a mass exodus from the Horn of Africa by cooperating with the dictatorial governments of Ethiopia and Sudan. “The EU is cozying up to Ethiopia and Sudan, ignoring the actual causes of flight. Rather than publicly criticizing the human rights violations, there is even encouragement,” said Ulrich Delius, the STP’s Africa-consultant, in Göttingen on Tuesday. On June 16, 2016, the European Commission had signed an agreement on a comprehensive strategic partnership with Ethiopia – without even mentioning the dramatic human rights situation in the country. On Monday, Frontex director Fabrice Leggeri had given an interview stating that there is an increasing number of refugees from East Africa who are prepared to take the risk of trying to cross Mediterranean Sea.“

Meanwhile, one third of the refugees who try to cross the Mediterranean in boats are from Ethiopia, Sudan or Eritrea,” reported Delius. Due to massive persecution, about 30,000 Oromo have fled from Ethiopia since mid-2015 – but only about 3,500 of them managed to reach Central Europe. Several thousand Oromo drowned in the Mediterranean. It is especially the young Oromo, often students, who flee from arbitrary arrests, torture, and executions in Europe’s partner country. Although the Oromo are the largest ethnic group in Ethiopia, they have been marginalized and persecuted in their home country for decades. Since November 2015, about 450 Oromo have lost their lives in bloody crackdowns on their (mostly peaceful) protests against a government reform and against land grabbing – and more than 20,000 students and school pupils have been arbitrarily arrested and detained, often in army camps.

“It is no wonder that the young Oromo don’t feel they have a future in their home country and, thus, try to find refuge in Europe,” said Delius. “But the EU continues to treat the Ethiopian government as a strategic partner – despite the ruthlessness with which the population is treated. There are no initiatives to resolve the causes of flight.”

According to Delius, the way the EU treats Sudan is just as inconsistent. “The Sudanese government is responsible for several military offenses and air raids against the civilian population, forcing 170,000 Darfuris, Nuba, and members of other ethnic groups from the region Blue Nile to leave their homes. Nevertheless, the EU sees the Bashir regime as a potential partner in migration issues.” In April 2016, the EU granted Sudan 140 million Euros for refugee projects.