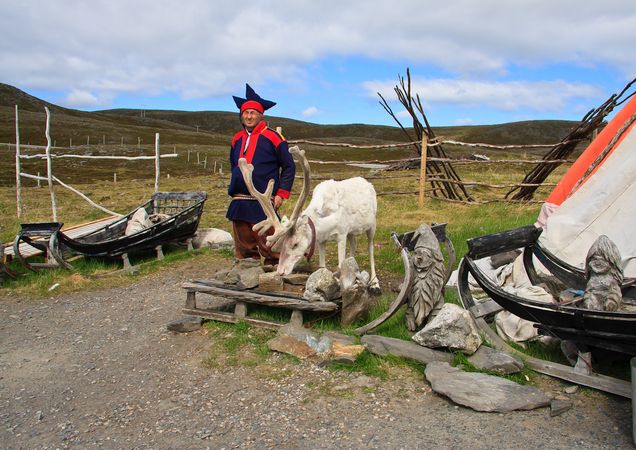 "While there are talks concerning climate and energy issues taking place in Tromsø, the indigenous peoples of the Arctic region, in Russia, Scandinavia and North America, are confronted with the consequences of unrestrained oil and gas production and climate changes every day. In most parts of the Arctic, however, their right to co-determination is systematically ignored," says the Society for Threatened Peoples (STP).

The situation of the indigenous peoples in the Russian Arctic is especially problematic as they are under increasing political pressure. In November 2014, the regional authorities in Murmansk had tried to undermine the Congress of the Russian Sami. Only 65 of the 120 accredited participants had been admitted. "During the conference, representatives of the state authorities had questioned the legitimacy of the Sami parliament, accusing the parliament members of being dependent on Western donors and of representing Western interests," complains Sarah Reinke, CIS-Consultant for the Society for Threatened Peoples.

Since spring of 2014, the indigenous population of the Autonomous Republic of Komi is trying to defend itself against the oil company Lukoil. The residents of twelve villages in the districts Izhma and Usinsk are complaining that the oil production is destroying their livelihoods instead of helping to develop the region. The people had no say concerning the business decisions. Recently, there had again been searches for new oil wells near some of the villages.

In Alaska, the indigenous communities are trying to stand up against a violation of their sovereign rights too. According to a study of the US Indian Law and Order Commission, 75 of the Indian villages they investigated are practically legal vacuums. The cost of living is very high, while the standards of housing and sanitation are poor. A popular argument against the criticism is that the people are free to move to larger and more comfortable settlements. However, for many of the communities it is out of the question to give up their homeland. "Also, there are alternatives," says Yvonne Bangert, the STP's expert on questions concerning Indigenous Peoples. In December 2014, President Obama announced an open-ended moratorium concerning gas and oil production in the coastal areas of Bristol Bay and parts of the Bering Sea. The region is thus permanently protected from the oil and gas industry. However, the moratorium does not apply to the extractive industries on the mainland. There, the Native American communities have to fear that the planned goldmine "Pebble Mine" will destroy the important salmon stocks. Thus, there are demands to carry out an environmental study before the goldmine can go into operation.