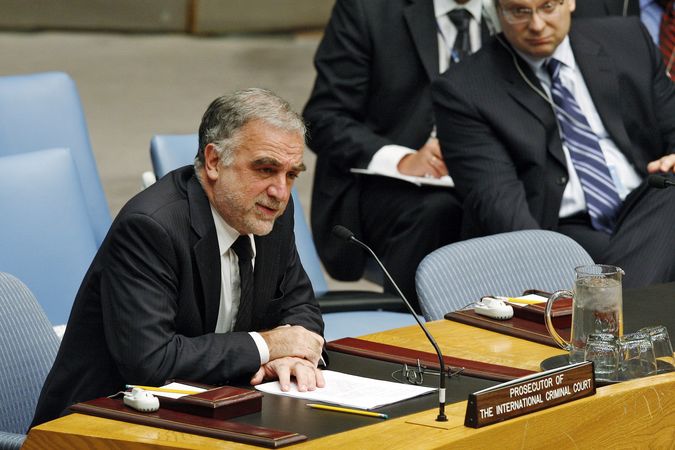 In December 2010, the Chief Prosecutor of the International Criminal Court at that time, Luis Moreno-Ocampo (Photo), informed US diplomats that Bashir had probably transferred up to 9 billion USD to accounts in Europe. Picture: Eskinder Debebe/UN Photo (2009)

Following the discovery of illegal funds that could be linked to Sudan's ex-president Omar Hassan al Bashir, the Society for Threatened Peoples (STP) calls for investigations as to whether the ex-dictator has more illegal bank accounts in Europe. "The victims of his policy of genocide, expulsion, and starvation must be compensated. They have been waiting for compensation for decades – but in vain," stated Ulrich Delius, the STP's director, in Göttingen on Easter Sunday. In December 2010, the Chief Prosecutor of the International Criminal Court at that time, Luis Moreno-Ocampo, informed US diplomats that Bashir had probably transferred up to 9 billion USD to accounts in Europe. Due to a disclosure by Wikileaks, an according message from the US Embassy in Khartoum to the US government had become known, and was published by the British newspaper "The Guardian" on December 17, 2010.

On January 1, 2011, Moreno-Ocampo had reiterated his suspicions in an interview with the New York Times, referring to findings by criminal court investigators. "These allegations were never really clarified, as the governments of Europe lacked the political will to question Bashir's rule," Delius explained. According to the human rights organization, the dictator was courted to persuade him to agree to the founding of a new state, in view of the impending secession of South Sudan.

Recently, security forces found bags of foreign currency in Bashir's private quarters – worth 130 million USD. The state of Sudan, its administration, society, and economy, are considered notoriously corrupt. Bashir often tried to give the impression that he was determined to fight corruption. It was only in April 2018 that he publicly declared a "war against corruption", with supposedly effective measures to prevent illegal money laundering and the smuggling of gold. In the global anti-corruption ranking, Sudan is still on place 172 (of 180 states).

Around 46.5 percent of Sudan's 44 million inhabitants live in poverty. "The poverty was fueled by the civil war and by the genocide crimes that Bashir committed during his 30 years of rule in order to consolidate his power," Delius emphasized. Thus, his illegal funds should now benefit the survivors of his crimes.