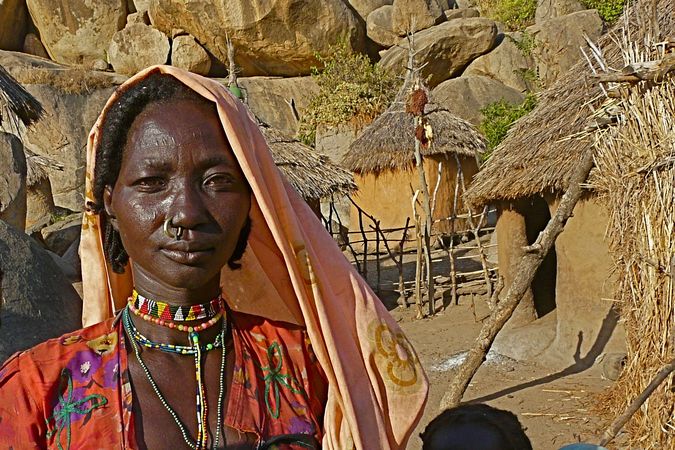 The use of barrel bombs is seen as a violation of international humanitarian law. It is not possible to ensure that an attack will only hit military targets, not civilian ones. Photo: © Rita Willaert via Flickr

The Society for Threatened Peoples (STP) accuses the government of Sudan of serious war crimes in the embattled Nuba Mountains (South Kordofan). According to the human rights organization, the Sudanese air force is dropping barrel bombs on civilian targets in order to intimidate the population and to force the people into flight. On Tuesday, Ulrich Delius, Africa-consultant of the STP in Göttingen, stated: “During the last 30 days, converted Antonov transport planes dropped at least 587 bombs on inhabited villages in the Nuba Mountains. Most of the bombs were barrel bombs, which are illegal according to international law. According to the NGO “Nuba Mountains Observatory for Human Rights”, 541 civilians lost their lives in attacks by the army and allied militia groups since the beginning of March 2016 – and at least 20,000 people are on the run from the air raids.

Due to their inaccuracy, the use of barrel bombs is seen as a violation of international humanitarian law. It is not possible to ensure that an attack will only hit military targets, not civilian ones. As this will almost inevitably lead to civilian victims, their use is also a violation of the principle of proportionality in warfare. Barrel bombs are considered as cheap weapons, due to the fact that they are made by filling simple metal barrels with fuel oils or fertilizers that work as explosives.

“Is there no outcry by the EU? No indignation about these crimes against humanity in the Nuba Mountains? When Syria was accused of using barrel bomb in 2015, the EU had called on the UN Security Council – and France had suggested to address the International Criminal Court,” said Delius. “The EU has double standards. In early April 2016, the EU promised Sudan 155 million Euros for refugee projects – despite the ongoing war crimes.”