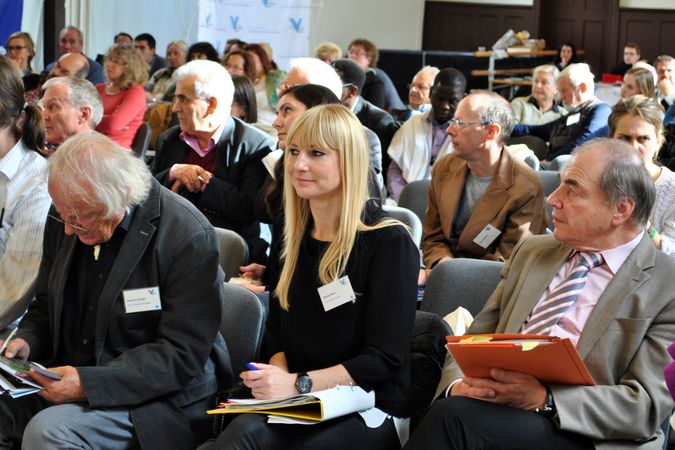 During the 48th Annual General Meeting of the Society for Threatened Peoples (STP), which attracted around 100 delegates and human rights experts mid October in Göttingen, the participants passed a resolution in which they demanded support for the Kurds and other minorities in "Rojava – Northern Syria".

After the radical Islamists managed to drive almost all Christians out of “Sunni Syria”, they must now be kept from advancing further to the north to Rojava / northern Syria, which has become a home to various ethnic and religious communities – a place where they can freely practice their faith and their culture. This rich diversity has to be protected by all means, no matter what the future of Rojava / northern Syria might look like, whether the region will be completely autonomous or whether the centralist government in Damascus will be in charge. Rojava must not fall into the hands of radical Islamism. However, the Kurds and the few Christians and Yezids in Rojava / northern Syria will no longer be able to resist the radical Islamist forces on their own. They are dependent on help.

In this emergency situation, Germany and Europe must agree on purposeful humanitarian measures to make the lives of the Kurds, the Arab Sunnis, the Assyrians/Chaldeans/Aramaeans, the Armenians, the Christians, the Yazids, the Circassians, the Turkmen, other groups, as well as the almost one million refugees in Rojava / northern Syria more bearable. These people need solidarity and help – urgently! In addition, the participants took the regional self-government, the PYD, the Kurdish National Council as well as Masud Barzani’s DPK in Iraqi Kurdistan and the PKK into the obligation to support the region and to cooperate constructively in maintaining diversity.

You can download the resolution here for free or read it online: Annual General Meeting of the Society for Threatened Peoples (STP) demands support for the region “Rojava / northern Syria”, which is held by the Kurds and other minorities (pdf)