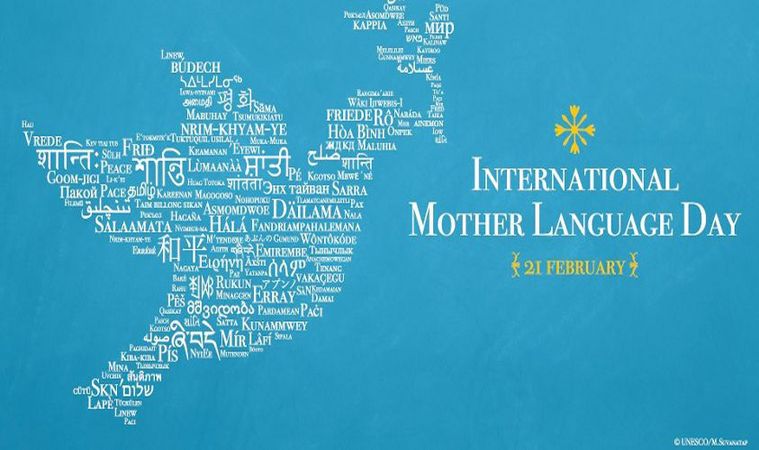 "Concerning the implementation of the EU-policy to promote multilingualism, there is a gap between ambition and reality," criticize Sarah Reinke, consultant of the Society for Threatened Peoples (STP), Rejzka Lipi?ec and Stere Stamule of the Board of the Youth of European Nationalities (YEN) on occasion of the International Mother Language Day on February 21. "It is especially the languages of the indigenous minorities within the EU that are at risk. Often, the states are not doing enough to protect these languages. On the contrary: some even follow policies that are hazardous to these languages." The situation of many minority groups has become significantly worse – especially during the last ten years, also due to the financial crisis. "In the EU, the minority languages must be protected and promoted. The approximately 40 million speakers of minority languages in the EU must be respected. Equality – as well as their right to their own language – are strong arguments against those who are trying to promote intolerance, prejudice and discrimination. "Despite some positive examples, such as the Danish minority in Schleswig Holstein or Ladin in South Tyrol, there is a lot of room for improvement in many states.

The Romanian constitution recognizes 17 minorities that have the right to state benefits as well as language preservation. Here, the 80,000 to 100,000 Aromanians who live in south-eastern Romania are not recognized. Their language is merely considered as a dialect of Romanian, even though this point of view has only disadvantages for them. The Aromanians have complained, but to no avail. Thus, the language lessons are only optional. There are no textbooks and only few teachers. During the last 20 years, the Aromanians have been trying to become more involved to preserve their language and culture – and are also trying to get the attention of the Romanian majority. On occasion of the "National Day of the Aromanians", which takes place in March of every year, the minority presents itself and its rich culture in the Romanian capital. Also, there are voluntary language courses and a competition for children who recite poems or perform theater or music.

Although the formal rights of the 300,000 members of the German minority in Poland meet European standards, the implementation falls short. Only about 30,000 students learn German as a minority language, while more than 90 percent visit voluntary courses with about three to four additional hours per week. After the German language was banned for two generations, this small number of hours is not enough to really learn German. It would be desirable to provide a bilingual education in areas where the minority accounts for a large part of the population.

The Bretons in France complain that there are less and less active speakers – and the language is no longer passed on within the families. This is also the result of a repressive language policy which was not loosened until the 1980s. In Paris, there is a lack of political will to actively protect and promote the Breton language.

In Ireland, there are still verbal attacks against the Irish language and its speakers by pro-British politicians. The language is a political issue in the north of Ireland and especially in the culturally divided city of Belfast. Thus, pro-British unionists reject the Irish language as an element of Irish culture. They accuse Irish nationalist politicians of instrumentalizing the language and regard the use of the language in public institutions as a provocation. It is still popular to call the Irish language a "goblin" language. However, the number of Irish-language schools is increasing, despite limited finances. Thousands of children are learning the language – and Irish is also used as language of instruction. It is hoped that the language, which was classified as endangered by the UNESCO, has a future – despite the political opposition.

The about 60,000 Sorbs in Upper and Lower Lusatia have noticed that the number of people who speak Upper and Lower Sorbian is decreasing. One reason is certainly to be seen in the poor image of the language: To date, the benefits of a bilingual upbringing are often not recognized. Other problems include school closures as well as an acute shortage of teachers and instructors who speak Upper and Lower Sorbian on a native level. Also, racism and discrimination are of great concern in everyday life. Often, it is unwelcome or even forbidden to speak Sorbian at work – bilingual signs are smeared and young Sorbs are threatened by neo-Nazis. In Germany, it is partly the lack of knowledge of the authorities and the lack of appreciation on behalf of the public due to which there are no effective measures to protect and promote the Sorbian culture in Germany.

In Europe, there are 90 autochtonous languages, of which 37 are spoken as national languages and 53 are considered to be "stateless" languages such as Catalan and Occitan, each spoken by about six million people. According to linguist researchers, a minimum of at least 300,000 active speakers is needed to keep a language alive. According to this figure, about 80 percent of the European minority languages are endangered – including the language of the Ladin, Rhaetian as well as Upper and Lower Sorbian. Therefore, it is necessary to protect and promote these endangered languages.

The STP would be pleased to suggest interview partners of the organization Youth of European Nationalities (YEN) who belong to minority groups themselves. In 2014, YEN published a "White Paper" with recommendations in the areas of social inclusion, education and language, concerning the Roma minority as well as volunteer work. The "White Paper" can be downloaded for free: www.yeni.org/yeni/press/Weissbuch.pdf (only available in German)