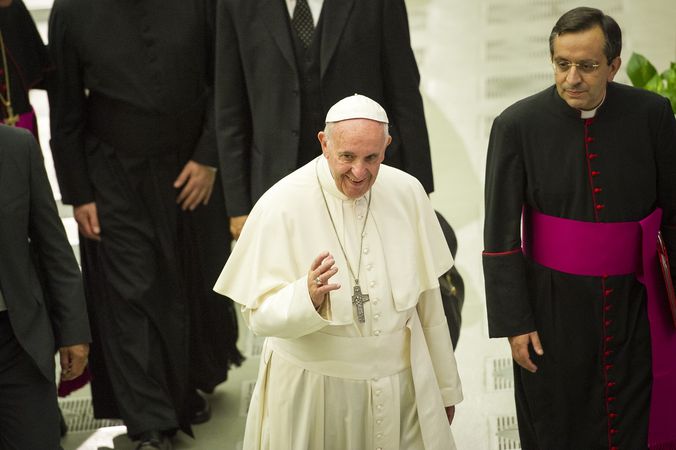 During his visit to Egypt, Pope Francis should demand an end to the discrimination against the Coptic Christians in the country. “In order to stop the exodus of Egypt’s Christian population, the country’s politicians should be urged to publicly support them,” the Society for Threatened Peoples (STP) appealed to the Pope in an urgent letter. “Egypt must finally acknowledge that it is both a Muslim as well as a Christian country – and that the Christians must not be disadvantaged because of their religion. The Copts had to endure discrimination and exclusion for decades. The only way to improve their situation is to ensure that there are constant reminders from abroad.”

Despite the serious terrorist attacks against two well-frequented churches in Tanta and Cairo on Palm Sunday, the head of the Catholic Church decided to stick to his plans to visit Egypt next Friday and Saturday. According to the Pope’s wishes, the focus of his journey will be the Christian-Muslim dialogue. The Holy Father will also attend a peace conference with the Imam of the University of Al-Azhar in Cairo.

“We welcome the dialogue between the religions, which can build bridges for more understanding and tolerance,” explained Ulrich Delius, the STP’s Africa expert. “But it is also necessary that both sides agree to meet on eye level. The authorities in Egypt have been treating the Copts as second-class citizen for decades. There is not enough protection from attacks, and they are barely able to assert their rights because they are not seen as equal – neither by their Muslim fellow citizens nor by the police or the judiciary.” Many attacks against Christians are not punished; they are disadvantaged against the Muslim population when it comes to building churches, and they are not adequately represented (with regard to their share of the population) in leading positions of the police, the army, the state-controlled economy, or in society in general.

“There are major security risks in connection with the Pope’s visit to Egypt,” Delius warned. It was only on Tuesday of last week that a terrorist attack by the “Islamic State” on the Greek Orthodox St. Catherine Monastery in the south of the Sinai Peninsula was thwarted. A policeman was killed when suspected terrorists opened fire on security guards in front of the monastery. Four people were injured in the attempted attack.