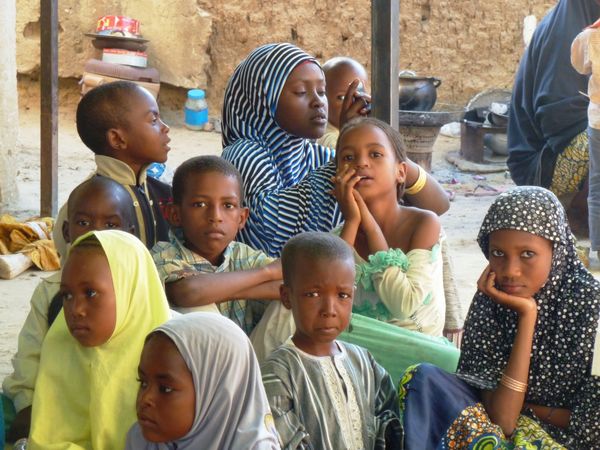 The Society for Threatened Peoples (STP) demands better protection for the civilian population and the refugees in northern Nigeria. "The military successes of the Islamist sect Boko Haram could lead to a total disaster for the civilian population in the city of Maiduguri – a home to 3 million people – if it were to fall into the hands of the rebels," warned the STP's Africa-consultant, Ulrich Delius, in Göttingen on Sunday. "Maiduguri is about to become Nigeria's Kobanî. There are already about 1.5 million IDPs living in the city – under catastrophic circumstances. If Boko Haram manages to take Maiduguri, their humanitarian situation would be jeopardized."

Many people had sought protection in the metropolis during the recent months, after their homes had been attacked by Boko Haram. "It should be considered to evacuate at least part of the refugees from Maiduguri, urgently. It is hard to imagine what might happen if the metropolis falls into the hands of the insurgents," warned Delius. Last night, the city had been attacked by Boko Haram fighters for the second time within a week.

"The renewed attacks and fighting have caused panic among many of the refugees and residents of the city. There are no escape routes, because large parts of the region are controlled by Boko Haram," said Delius. "We fear that Boko Haram is planning to further destabilize the political system in Nigeria before the presidential elections in two weeks by capturing the city of Maiduguri. For the civilian population and the refugees living there, this would be a disaster."

According to a census of 2006, the provincial capital had about 1.2 million inhabitants – and there was a large increase of population in the metropolis until 2012. Since the fighting with Boko Haram escalated, about 250,000 people have fled to the south of Nigeria. Nonetheless, the city is still overcrowded, because 1.5 million refugees sought refuge in the city during the last eight months. They are from eleven administrative districts in Borno that have fallen into the hands of Boko Haram. Most of the refugee camps in Maiduguri were set up in schools, which is why there have not been any school lessons for months. "For the impoverished population of north-eastern Nigeria, the collapse of the education system is another serious problem," said Delius.