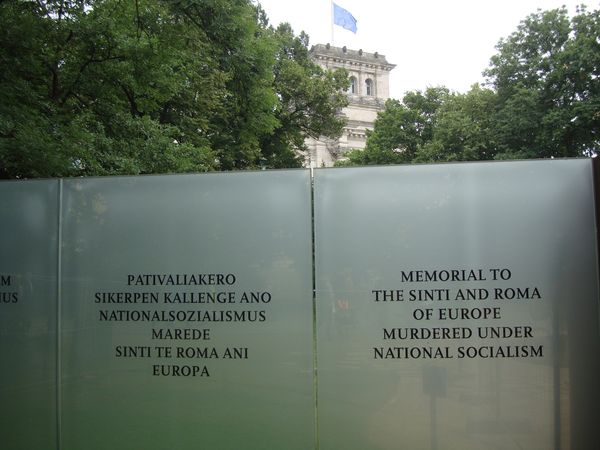 More than 70 years after the National Socialist genocide against the Sinti and Roma, the approximately 12 million members of these ethnic groups in many of the European countries are still suffering from antiziganism, social exclusion, racist violence, extreme poverty, and structural discrimination. Photo: Jens-Olaf Walter via Flickr

On the occasion of the Remembrance Day for Roma and Sinti killed by Genocide (December 19), the Society for Threatened Peoples (STP) appeals to the Minister of the Interior, Thomas de Maizière, to introduce the position of a Commissioner Against Antiziganism. “More than 70 years after the National Socialist genocide against the Sinti and Roma, the approximately 12 million members of these ethnic groups in many of the European countries are still suffering from antiziganism, social exclusion, racist violence, extreme poverty, and structural discrimination. The Federal Government and the governments of the European countries must finally take effective measures to protect the largest European minority in our midst,” the STP stated with regard to its request. December 19 was officially declared a day of commemoration for the victims of the genocide crimes against the Sinti and Roma by the German Federal Council in 1979.

As Jasna Causevic, the STP’s expert on questions regarding Southeastern Europe, emphasized in Göttingen on Monday, it should – in view of the indescribable horrors of the past – be self-evident for Germany and the other European countries to take more resolute measures against antiziganism, racism, and xenophobia. In our country, but also in our neighboring countries, hostility towards the Roma should be addressed much more consequently. “This is the least we can do for the survivors and their descendants.”

Further, the STP criticized that it is unbearable how Europe has apparently decided to remain silent about the obvious exclusion of the Roma in the Bosnian society, where the constitution neither allows Roma nor Jews to run for presidential elections. The European Court of Human Rights had demanded Bosnia to eliminate this discriminatory passage immediately, but nothing has happened. According to the STP, justified demands by the Roma in Kosovo are being ignored as well – even by the United Nations. For example, Roma whom the UN had accommodated in lead-contaminated refugee camps following the armed conflict in Kosovo in 1999, and who thus suffered serious health problems, are still fighting for compensation.

Many war crimes against Roma were not punished, neither in Bosnia nor in Kosovo. Throughout Europe, it is quite common not to go to much trouble with investigations concerning crimes against Roma. “Roma are at a great disadvantage compared to other population groups, especially in terms of access to higher education, the labor market, the health system, and housing,” the STP stated. Every year, tens of thousands of Roma are affected by forced evictions, and their children are often educated separate from other children. In many parts of Europe, Roma are likely to become stateless due to extreme poverty and exclusion.