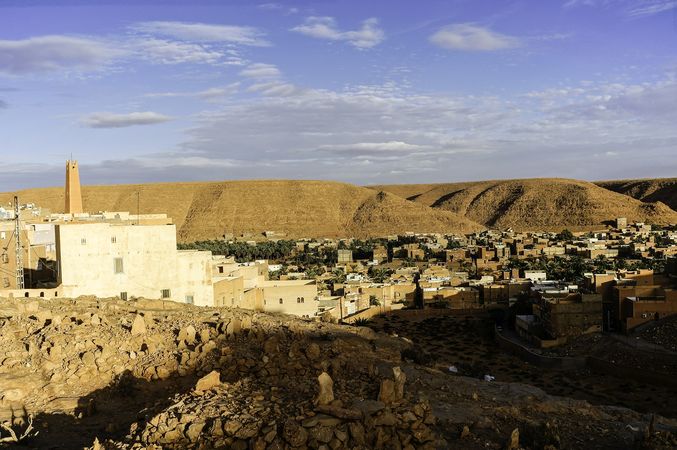 Yesterday, the Algerian human rights activist Dr. Kamel Eddine Fekhar died from the consequences of a hunger strike. The fact that he died in the custody of the authorities highlights the catastrophic treatment of political prisoners in Algeria, and it shows that the north-African state is not a safe country of origin. Image: Dan Sloan via Flickr (CC BY-SA 2.0)

Following the death of one of the most famous political prisoners in Algeria, the Society for Threatened Peoples (STP) raises serious allegations against the authorities. "The human rights activist Dr. Kamel Eddine Fekhar should never have been detained. The fact that he died in the custody of the authorities highlights the catastrophic treatment of political prisoners in Algeria," stated Ulrich Delius, the STP's director, in Göttingen on Wednesday. "We demand an independent investigation of the circumstances of death."

The autonomous activist for the Mzab region in southern Algeria was detained on March 31, 2019. Yesterday, he apparently died as a result of a hunger strike. "His death will lead to further tensions in Algeria. His case is a typical example of how uncomfortable human rights activists are treated by the Algerian authorities. Apart from that, Fekhar's death clearly shows that Algeria is not a safe country of origin, as the German government claims," Delius emphasized.

His death will cause an uproar among the Berbers, as the human rights activist was the most prominent voice of the approximately 300,000 Mozabites in southern Algeria. Dr. Fekhar was imprisoned in Ghardaia, the capital of the Mzab. He was transferred to a hospital in northern Algeria to stabilize his health, but too late. Yesterday, his lawyer reported that he had died, causing consternation among Algeria's political parties and human rights organizations. Fekhar had been on a hunger strike for more than 50 days, as a means to protest against his arbitrary detention. His health had deteriorated significantly over the past weeks, but the authorities had reacted very hesitantly.

Because of his commitment for the rights of the Mozabites, Fekhar was repeatedly imprisoned for several years. He worked for various Algerian human rights organizations, and he served as coordinator for the influential socialist FFS party of the Berber Ait Ahmed.

In 2015, the Mzab experienced the last severe clashes between the native Mozabites and Arabs, who migrated to the resource-rich region from other parts of the country. The Mozabites and their spokesman Fekhar accused the authorities of deliberately ignoring attacks by Arabs and of pursuing a policy of Arabization. The Berber people in the Mzab and Kabylei – who see themselves as the indigenous population of Algeria – are quite influential in Algeria's democracy movement. The population group is not of Arabic origin, bur has its own language, culture, and values.