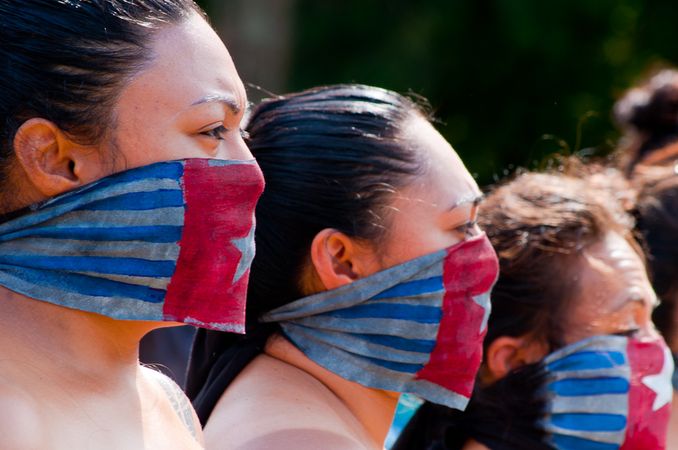 Following a new wave of violent protests in West Papua, the Society for Threatened Peoples (STP) demands free access to the crisis region for UN human rights experts, aid organizations, and journalists. The human rights organization also calls for a ban on nationalist militias on the Indonesian-controlled island of New Guinea, as their racist campaigns against indigenous Papuans are fueling the tensions in West Papua. "Papua has been demanding more rights and self-determination for decades. Instead, Indonesia's democratically elected government decided to cut down on human rights and to deploy more and more security forces. This will not help to solve the conflict," stated Ulrich Delius, the STP's director, in Göttingen on Tuesday. On Monday, four people had been killed in the course of protests in Jayapura City. At least 16 people were killed in the highland town of Wamena, and more than 80 people were injured. Several dozen Papuan school pupils and students were arrested.

There has been a new wave of protests since mid-August, most notably caused by around 2,000 school pupils and students who left the island of Java prematurely after suffering racist attacks there. In the course of arrests in mid-August 2019 in Surabaya, the police had insulted many of them as "donkeys" or "pigs". For decades, indigenous Papuans have been criticizing the discrimination and violations of basic human rights by the Indonesian majority society. Thousands of Papuans had demonstrated for state independence of the former Dutch colony, which had annexed Indonesia in the early 1960s. In the mass protests, they are demanding a referendum on the future of West Papua.

So far, Indonesia's government has reacted helplessly to the protests. A total number of 6,000 additional security forces were deployed, and Internet access in large parts of West Papua was blocked in order to prevent exchange of information regarding human rights violations. Numerous Pacific island states, including New Zealand and Australia, have already expressed concern about the increasing tensions in West Papua.

For years, the United Nations and international human rights organizations have been calling for free access to West Papua for human rights experts, aid agencies, and journalists. Around 35,000 Papuans have fled from clashes between the Indonesian army and armed Papua groups since the beginning of the year. According to local human rights activists, the humanitarian situation is catastrophic as well. Around 200 Papuans have died in refugee camps already.