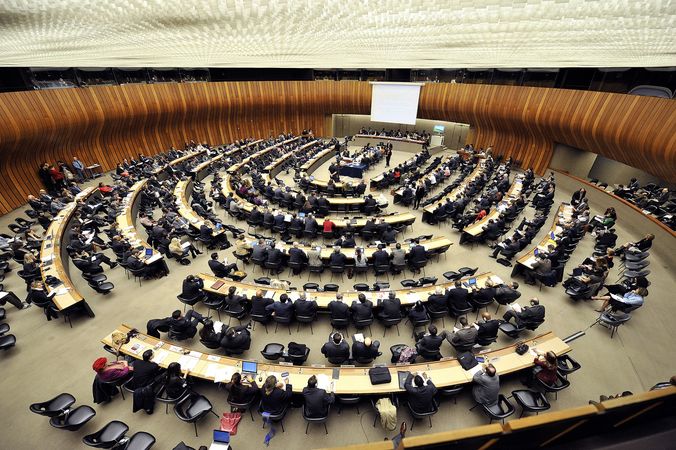 Ten years after it was established, the UN Human Rights Council is facing a test of its credibility. Photo: Jean-Marc Ferré via UN Photo

Next Friday, the UN General Assembly will elect 14 new member states to join the 47-member body for a period of three years. No member is allowed to occupy a seat for more than two consecutive terms. After a break, states can apply for membership in the Council again.

In the opinion of the STP, Russia does not deserve to become a member of the Human Rights Council, because of the annexation of Crimea and the targeted violence in Eastern Ukraine, but also because of being party responsible for war crimes against the civilian population of Syria and because of the catastrophic human rights situation in the country itself. In the attacks on Aleppo during the last two weeks, the obligation to protect the civilian population was ignored – as well basic humanitarian considerations. In Chechnya and other regions of the North Caucasus, the security forces are still spreading terror, and human rights activists in all of Russia must fear their lives.

Further, the STP criticizes that Saudi Arabia is fueling war and expulsion with its bombardment in Yemen, thus contributing to a destabilization of the Middle East and forcing more and more people to try and flee to Europe. In Saudi Arabia, women’s rights and several other civil rights are trampled underfoot.

According to Ulrich Delius, the STP’s Asia-expert, the situation in China is getting worse and worse – despite the recently announced “National Human Rights Action Plan”. There are systematical violations of the freedom of the press, the freedom of opinion, the freedom of assembly, and the freedom of religion – and there are arbitrary arrests of human rights activists and lawyers. The authorities are ignoring Chinese laws that cover basic human rights. The situation of the Uyghurs in Xinjiang/East Turkestan and the Tibetans is especially dramatic. Despite repeated appeals, the People’s Republic does not seem willing to cooperate with UN human rights experts.