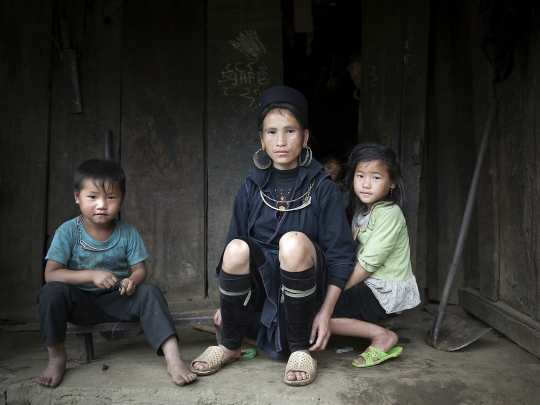 Even 40 years after the end of the war, there is still social unrest in Vietnam. The calls for more civil rights in the Southeast Asian country are growing louder. The members of the religious communities are demanding more religious freedom and are complaining that the authorities continue to suppress Buddhists, Christians and other religious communities, as reported by the Society for Threatened Peoples (STP) in Göttingen on Tuesday. In consultations with the STP, the "Interfaith Council" – in which five religious communities are organized – emphasized that Europe's governments should show more commitment to strengthen the freedom of religion in Vietnam. "Please speak to the Vietnamese government – we need more than just lip service," said the Deputy Chairman of the Interfaith Council, Thich Khong Tanh of the Buddhist Unified Church. Ulrich Delius, the STP's Asia-consultant, criticized: "The German-Vietnamese relations are all about economic issues. Unfortunately, human rights – and especially the denial of religious freedom – play only a minor role."

The socialist authorities in Vietnam are trying to bring the religious communities into line by means of extensive surveillance, harassment, infiltration and other repressive measures. According to information of the Interfaith Council, representatives of the Cao Dai religion, the Hoa Hao Buddhists, the Buddhist Unified Church and the Catholic and Protestant churches regularly send reports about serious restrictions on their freedom of belief. Thus, there are bans on religious ceremonies, meetings are broken up and worshipers are kept from traveling to religious festivities. The authorities are trying to pressurize the religious communities to join state-friendly groups.

In recent days, there have been several violations of the freedom of religion. Thus, a temple of the Cao Dai in the region of Tuy An (Phu Yen Province) was destroyed by order of the authorities on April 13, 2015, allegedly in order to expand a road. However, the religious community was neither offered other premises nor paid any damages. Since 1975, the authorities ordered more than 250 Cao Dai temples to be destroyed or confiscated.

The authorities are also going to a lot of trouble to obstruct the Interfaith Council's work. On March 27, 2015, a delegation was prevented from organizing a charity event for veterans from South Vietnam (near the city of Hue) who aren't getting their social benefits.

The Buddhist Unified Church recently received threats that the Lien Tri pagoda in Ho Chi Minh City (former Saigon) is to be destroyed unless the organization stops its public protests against the lack of religious freedom.