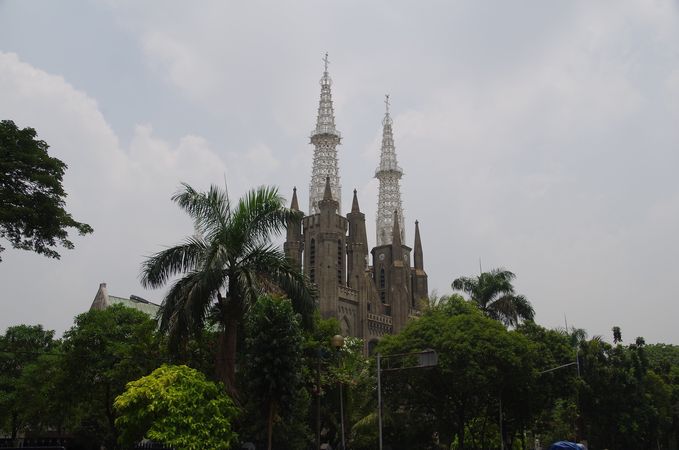 On the occasion of tomorrow's elections in Indonesia, the Society for Threatened Peoples warns that the situation of the religious minorities will most probably grow worse. In his election campaign, incumbent President Joko Widodo had focused on conservative voters, and he decided to make the Muslim hardliner Ma'ruf Amin his deputy. Photo: Pieter Edelman via Flickr (CC BY-NC-ND 2.0)

Tomorrow, a new parliament and president will be elected in Indonesia. In the run-up to the elections, the Society for Threatened Peoples (STP) warns that the situation of the religious minorities in the country will most probably grow worse. "Joko Widodo, the most likely candidate, is relying on cooperations with Sunni hardliners. Thus, it is already clear that the Islamists are the big winners – even before the elections. The Christians, Ahmadiyyah, Shiites, Hindu, and Bahai'i, on the other hand, will have to cope with even more intolerance and exclusion," explained Ulrich Delius, the STP's director, in Göttingen on Tuesday.

According to the STP, the Christians and Ahmadiyyah are especially disappointed by the incumbent President Joko Widodo. Elected as a citizen president and advocate of an active civil society five years ago, he increasingly focused on conservative Muslim voters in his election campaign. Thus, he appointed the conservative scholar and Muslim hardliner Ma'ruf Amin as his candidate for Deputy President. The Chairman of the National Council of the Ulemas, an influential clerical organization, is known for his fatwas against liberal and dissident Indonesians, and he wants to make it more difficult for religious minorities to establish new religious sites.

Recently, the incumbent president embarked on a pilgrimage to Mecca in Saudi Arabia to win over conservative voters. "Widodo is paving the way for an Islamization of the world's largest Muslim state," Delius warned. Slowly but steadily, Islam is being installed as the state religion, although the official state doctrine considers the five religions of Islam, Christianity, Hinduism, Confucianism, and Buddhism as equal.

Widodo's strongest competitor is Prabowo Subianto, former army general and former son-in-law of dictator Suharto. He is openly supported by Islamist extremists, who, at the end of 2016, had organized mass protests to ensure that the politician Basuki Tjahaja Ahok Purnama (liberal Christians) was sentenced to two years' imprisonment for alleged blasphemy.