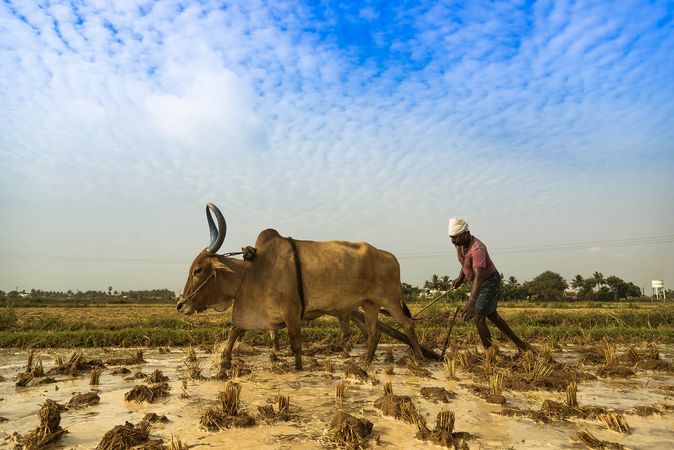 On occasion of the World Suicide Prevention Day, the Society for Threatened Peoples (STP) calls for more initiatives to curb the alarming wave of suicides among India’s impoverished small farmers. “In India, 34 farmers and agricultural workers commit suicide every day. Many of them belong to the impoverished Adivasi natives or the Dalits, the so-called ‘untouchables’. India’s government must stop trivializing the suicide of at least 12,360 farmers every year, but should finally do more to prevent this – as has been repeatedly announced,” said Ulrich Delius, the STP’s Asia- consultant, in Göttingen on Thursday. “Suicide prevention is not about glossing over the alarming figures or vilifying the farmers!” In India, A total number of 131,000 people committed suicide in 2014.

The suicide wave among the rural population mainly affects the states of Maharashtra, Andhra Pradesh, Karnataka, Madhya Pradesh and Chhattisgarh. Many of the approximately 100 million Adivasi natives live in rural areas. About 60 percent of India’s workers are employed in the field of agriculture. About 200,000 desperate farmers committed suicide in India during the past decade.

In July 2015, India’s Agriculture Minister Radha Mohan Singh played down the backgrounds of suicide, stating that lovesickness and alcohol abuse could be possible causes as well. In addition, the authorities had reported an alleged decline in suicides throughout the country. However, the supposed success is apparently merely a calculation trick. In 2014, the suicide statistics for the rural areas counted only half as many cases – but that is due to the fact that the statistics only include landowners who came to death, not farm workers. “This is an insidious trick to save the tarnished reputation of Narendra Modi’s government,” said Delius. “However, it has nothing to do with a sustainable agricultural policy to the benefit of the small farmers, who are especially disadvantaged.” Many farmers and agricultural workers have to deal with ongoing debt and would face existential threats if extreme weathers and the climate change were to ruin their crops.

India’s federal government has expressed grief about the suicides, but has so far not started a comprehensive initiative focusing on suicide prevention. On July 28, 2015, however, the government of the state of Maharashtra, which is especially affected, agreed on a comprehensive package of measures – including reduced lending rates (from twelve to six percent), further irrigation projects and further help for small farmers. Since January 2015, a total number of 628 farmers committed suicide in the district of Marathwada alone – and with 105 dead, the suicide wave reached a new peak in August 2015. Before, there had been a bad harvest in Maharashtra, due to the lack of rain. Many of the victims belong to Adivasi tribes such as the Bhil, Oude, Pardhi and the Thakar, who live in the district of Marathwada.